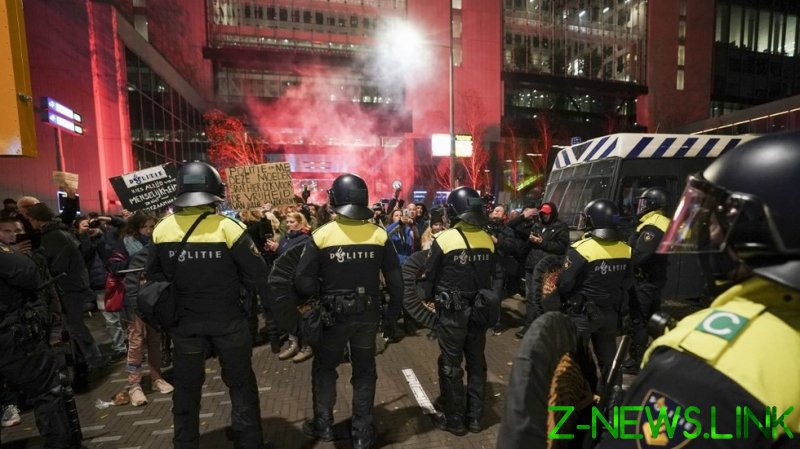 Demonstrators threw stones and set off fireworks on Friday evening, while riot police at one point deployed a water cannon, according to footage and reports from the city.

The water cannon was deployed after protesters held a “sitdown action” and refused to leave after multiple requests from law enforcement, police said. After the cannon was “briefly deployed,” the group left.

Some officers were equipped with riot gear such as shields and batons.

Police announced multiple arrests stemming from the large gathering, calling the situation “restless” at one point. According to officers, a group of protesters created a barrier and threw stones and fireworks at police. “Several people” were detained for setting off fireworks, officials said. Police said they had earlier found a man carrying “heavy fireworks” entering the area.

The Hague has been the center of multiple other Covid protests, including one earlier this month against measures already in place for the unvaccinated.

Rutte announced new Covid restrictions that will last three weeks, with most of the measures beginning on Saturday evening. Due to a spike in cases, the PM said that households will be limited to four people over the age of 13, public events such as sports matches will not have live crowds, social distancing is once-again advised, and stores will be forced to close early.