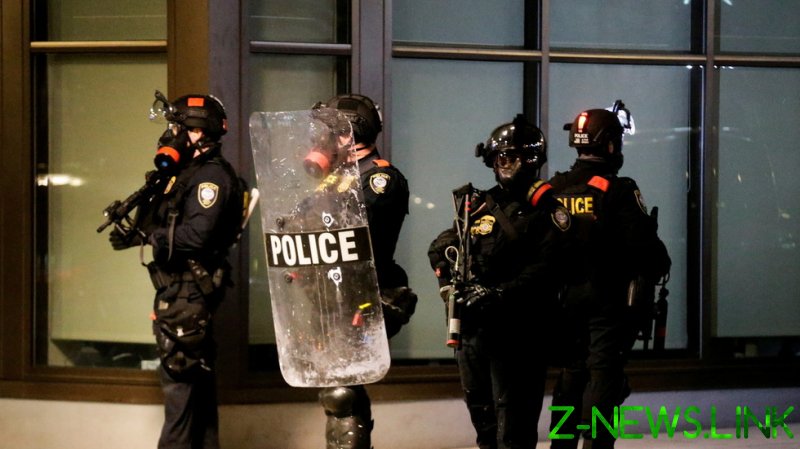 A group of dozens of people were reportedly demonstrating against immigration policy under the Biden administration in the Pearl District in downtown Portland, but quickly began vandalizing the area.

Businesses had their windows smashed, vehicles were vandalised and graffiti was sprayed over a number of walls in the area, as video uploaded to social media purports to show.

Fistfights broke out at the mostly peaceful protest, after a sidewalk disagreement.

A Chipotle restaurant on Northwest Lovejoy Street was attacked with patrons still inside at approximately 9:30pm.

Portland Police declared the protest “destructive” at roughly 10pm and ordered the crowds to disperse and “immediately stop participating in criminal activity.”

Bicycle mounted police arrived on scene, one of whom crashed into a person wearing a ‘press’ vest, sparking a ferocious war of words and shouting match between police and protesters at an intersection.

Portland police said they had limited resources to respond to the riot, as they had to deal with multiple shooting incidents happening across the city.