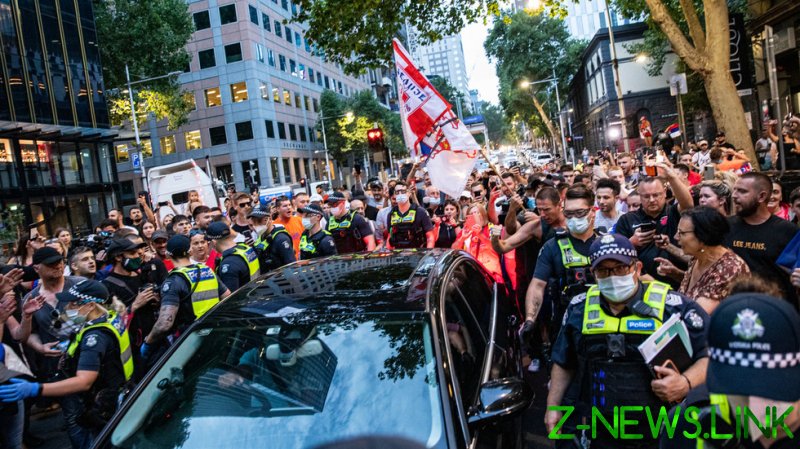 People, some wrapped in Serbian flags and chanting “free Nole,” swarmed a car leaving the office of the athlete’s legal team in Melbourne. Several officers used pepper spray to push the unruly crowd away from the vehicle. Some responded by hurling objects at police.

Djokovic has just won an appeal against the Australian authorities, who canceled his visa last week. Judge Anthony Kelly ruled that the decision to revoke the visa was “unreasonable,” because the athlete was not given enough time to respond to officials.

Djokovic was set to play at the Australian Open and tried to enter the country with a Covid vaccine medical exemption. Officials, however, argued that he broke the entry rules. “Djokovic’s visa has been cancelled. Rules are rules, especially when it comes to our borders. No one is above these rules,” Australian Prime Minister Scott Morrison tweeted at the time.