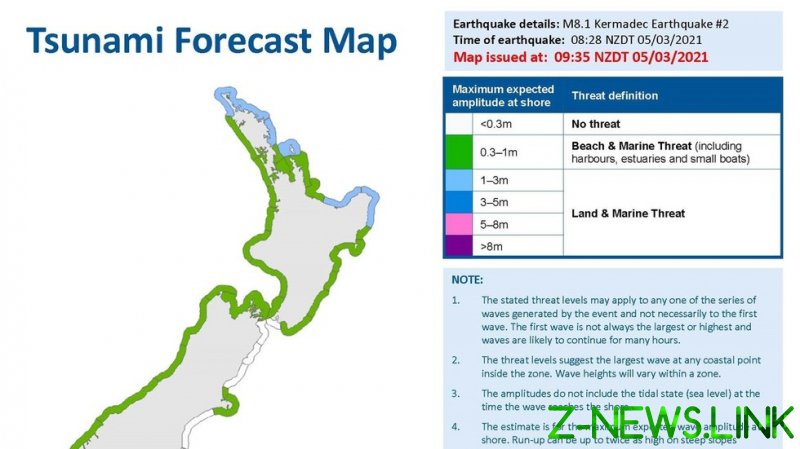 Residents were instructed to evacuate some coastal areas “immediately” in the wake of a series of Friday morning’s quakes – three of them registering at more than 7.0 in magnitude – with the National Emergency Management Agency stating the order takes precedence over “the current Covid-19 alert level requirements” and warning of a “land and marine tsunami threat.”

Sirens were heard blaring as people fled to safety, while boats were seen racing both to and from shore, some seeking refuge in calmer waters further out at sea.

The country’s northern coast was placed under both a land and marine tsunami alert, where waves were expected to reach up to 3 meters high and make their way inland, while much of the rest of the island faces a lower “beach and marine” threat level, according to a map issued by NEMA.

American meteorologist Brian Lada also noted that surveillance buoys around the Pacific were in “tsunami mode” after picking up unusual ocean currents.

The larger 8.1 magnitude quake also triggered temporary tsunami advisories and evacuation orders in coastal regions on all of Hawaii’s islands, as well as in parts of American Samoa, where residents were seen in footage rushing to higher ground. Both alerts have since been canceled, however, according to the National Weather Service.