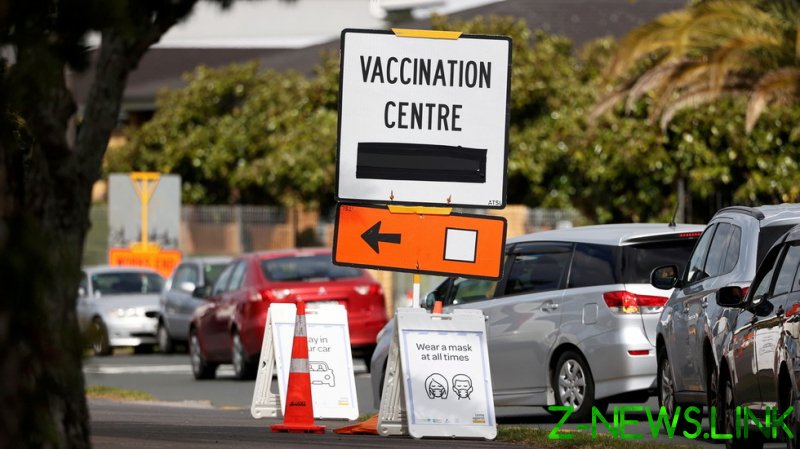 “I’ve taken a few shots over the time. I’ve taken my two shots against Covid and I’m asking you to do the same,” said Denis O’Reilly, a lifetime member of Black Power.

“I got it because I wish to protect my whakapapa,” said Stephen “Teflon 88’ Daley of the Head Hunters, using the Maori word for genealogy.

“It’s a no-brainer for me. At the end of the day, I’m looking at my mokos, my kids. Whether it works or it doesn’t, you know, I’m not going to take that risk,” said Dennis Makalio of the Mongrel Mob.

At least three gangs have been afflicted by the virus, and New Zealand’s health officials have reportedly granted gang leaders “essential worker status” so they could persuade their followers to get the jab.

The video is the brainchild of Maori Development Minister Willie Jackson, whose son Hikurangi edited the footage provided by the gang members.

“I put my hand up to do it. I’ve been brought up around a lot of these guys,” Jackson said, according to the New Zealand Herald. “Knowing most of them and meeting some through the community groups gives me an access [that] most ministers don’t have.”

“Not one cent of taxpayer money went into this. I’ll buy my son lunch,” he added.

The intent is not to support gangs, but to support families in the whanau – community – they come from, Jackson added. “You can say anything you like about these guys… they have a love for their people. It’s good to see.”

New Zealand managed to keep the coronavirus out early on in the pandemic, through the combination of lockdowns and travel bans, but was unable to stop the delta variant from spreading and switched to a vaccination strategy last month. Over 88% of its 4.21 million eligible inhabitants have received at least one dose of the vaccine.