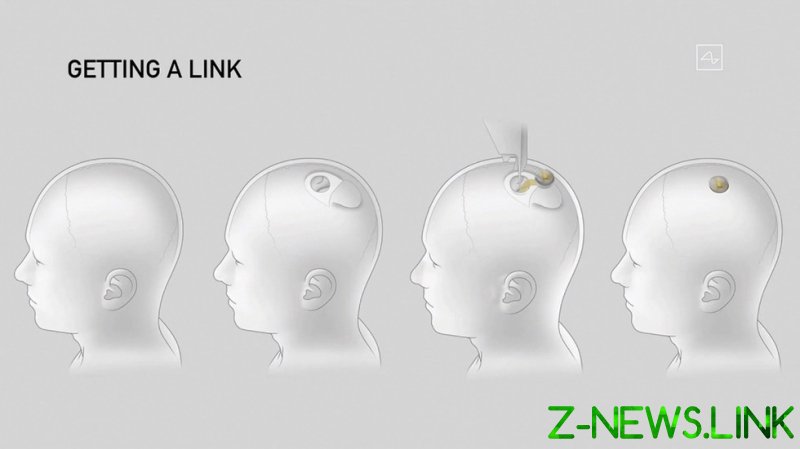 Pager, a nine-year-old macaque, was hooked up to a Neuralink system six weeks ago and trained to play a variety of video games in exchange for a banana smoothie delivered through a straw.

During this time, the links recorded activity from the more than 2,000 electrodes that had been implanted in Pager’s motor cortex, responsible for arm and hand movements, and wirelessly fed them to a machine-learning algorithm.

This decoder algorithm sensed modulations in the monkey’s neurons and allowed the system to predict intended hand movements via a mathematical model of neural activity and the corresponding joystick movements.

Researchers calibrated the system by monitoring Pager’s brain waves as it manipulated a joystick, before eventually disconnecting the controller – unbeknown to the monkey, it was now playing the MindPong game with just its brain and no manual input.

Neuralink’s goal is to enable paralyzed people to use a PC or phone with their mind by manipulating a cursor or virtual keyboard on a computer screen or the touch controls on a smartphone. Musk tweeted that he expects later iterations of the system to allow users to interact with their phone faster than they otherwise would using their hands.

The billionaire also claimed future iterations would allow for communication between neural links in various parts of a patient’s body, potentially one day allowing “paraplegics to walk again.”

The one-time world’s richest man added that his company is hoping to conduct human trials later this year.

Musk last demonstrated Neuralink’s capabilities in August 2020, showing pigs who had learnt to read signals based on a range of external stimuli.