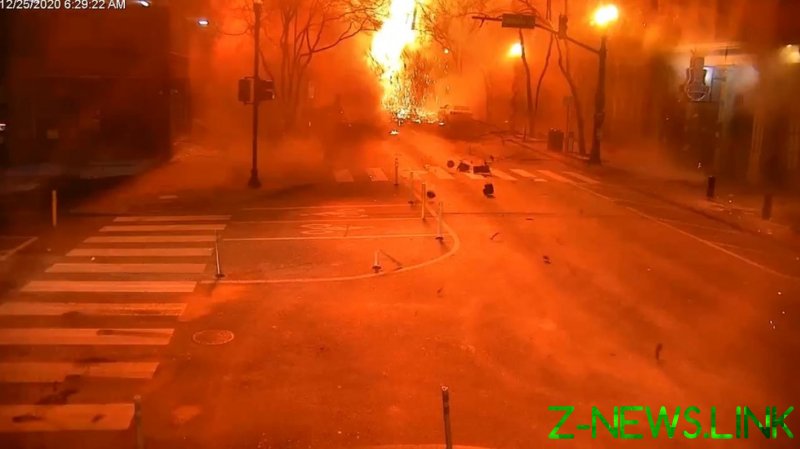 The surveillance video, posted by metro police on Sunday night, shows the recreation vehicle from a distance, and a police officer walking out of the frame just seconds before the blast.

While there is no sound and the clip goes from a calm street to a huge ball of flame in a single frame, the debris can be seen littering the ground after the blast that damaged dozens of buildings, including an AT&T data transmission center.

The footage was released soon after Anthony Quinn Warner, 63, was officially named as the only perpetrator behind the bombing in downtown Nashville.

The suspect perished in the explosion and his motives remain a mystery, with authorities saying it was “still early in the investigation” for a definitive conclusion.