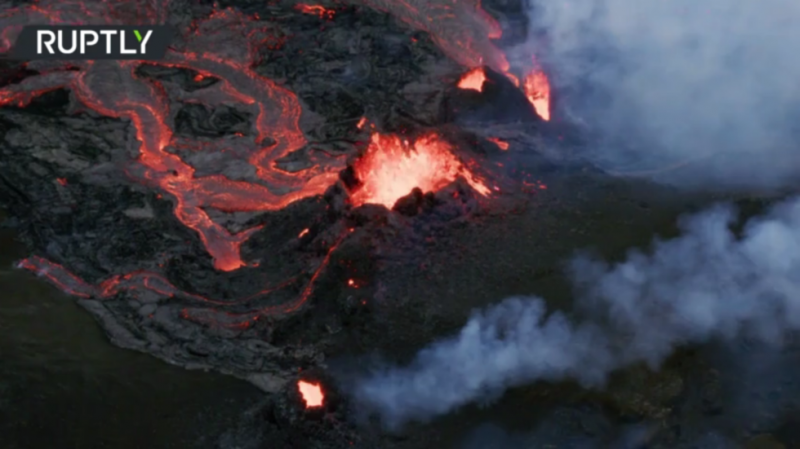 Footage from RT’s video agency Ruptly shows the mountain ejecting bursts of lava as rivers of boiling orange liquid cascade down the rock formation. A huge plume of smoke rises into the sky as the camera, attached to a drone, surveys the stunning natural phenomenon.

The volcano, located some 40km (25 miles) south-west of Iceland’s capital Reykjavik, erupted on Friday night, but the fountain of lava has yet to subside.

Following the eruption, inbound and outgoing air traffic was halted at Keflavik International Airport due to the volcano’s close proximity to the capital.

It had been 781 years since the Reykjanes Peninsula saw a volcanic eruption. The Mount Fagradalsfjall volcano is believed to have been dormant for around 6,000 years.