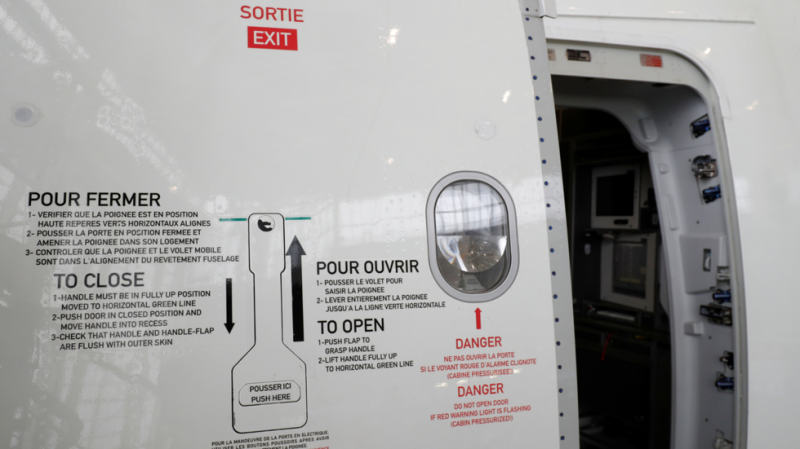 The reported hijacking attempt happened on Friday night. A Delta plane, apparently an Airbus A321 – which carries around 200 people – was somewhere in the middle of its route when one of the passengers made an announcement over the loudspeaker for everyone to “please take your seat and get ready to put on an oxygen mask.”

He then “attempted to open the door of the plane,” other passengers on the flight said online.

In a video posted by an eyewitness, who said the man “was trying to open the door to the outside,” a scuffle close to the cockpit can be seen. Screams of “Help!” and “Keep him down!” can be heard in the video, in which several men are apparently trying to restrain and force someone to the ground. The pilot had made an announcement asking strong men to come forward for an emergency, passengers recalled.

According to one of the passengers, the suspected offender was an off-duty flight attendant, who was reportedly wearing an orange vest during the incident. He also reportedly had a crash helmet on his head.

The plane was diverted to the nearest airport in Oklahoma City, where “the man was handed over to law enforcement,” and “a sweep of the plane” with sniffer dogs was conducted. After that, it proceeded to Atlanta.

The incident comes just days after another Delta flight, also from Los Angeles, had to make an emergency landing after one of its passengers allegedly charged the front of the aircraft and attempted to breach the cockpit during the flight. Flight 386 to Nashville was diverted to Albuquerque, after the man reportedly pounding on the cockpit door and yelling “We need to land this plane” had been restrained. He was later charged with interference with flight crew members.