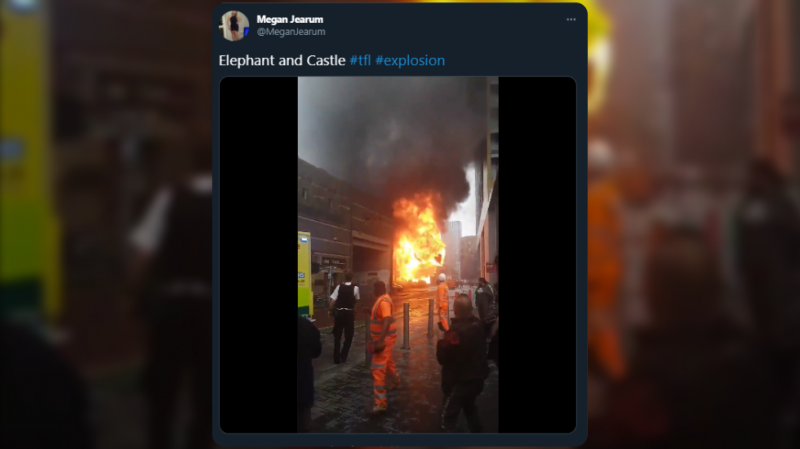 Thick plumes of black smoke could be seen billowing from the transport hub on Monday in footage of the incident posted on social media. One video showed emergency workers and passersby watching the blaze before a giant fireball suddenly erupts from the side of a building.

A total of 10 fire engines and 70 firefighters have been deployed to tackle the blaze, according to London Fire Brigade.

There have been no reports of injuries.

Eyewitnesses reported an explosion at the site after the fire broke out and the station’s evacuation was well underway.

London Fire Brigade has urged residents avoid the area and keep all windows and doors closed.

In a statement, it confirmed road closures are in place and said that the blaze has engulfed three commercial units underneath the railway arches of the station, as well as four cars and a telephone box.

Officers from the British Transport Police and the Metropolitan Police are also attending the scene, a spokesperson said.