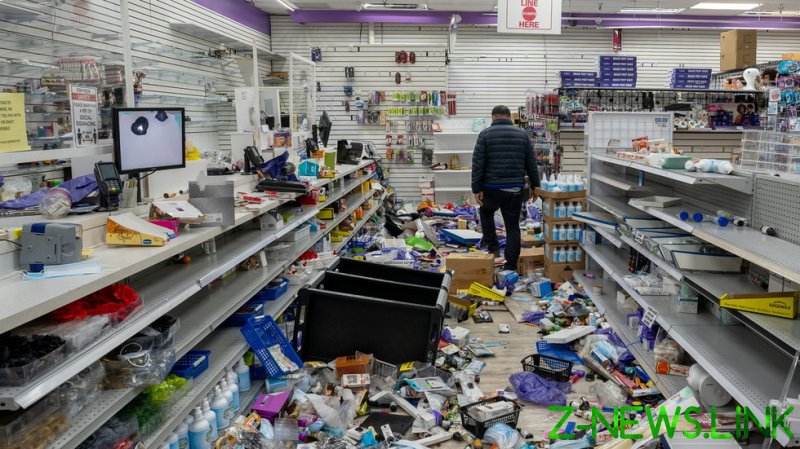 Not long after activists gathered for another round of protests on Tuesday night, looters were seen hitting several stores around the city, including a Foot Locker, a Target, a Walmart and a liquor store. Footage of the plunder has circulated across social media.

Groups of individuals were seen milling around a number of businesses, many bringing vehicles to cart away the loot, including one person who showed up with a U-Haul rental moving truck.

Some were also filmed leaving the area around a liquor store as they carried armfuls of merchandise.

Another small crowd was seen breaking into a Foot Locker, which also fell victim to looters on Monday night.

Others apparently attempted to gain entry into a Target as well, with footage showing a heavy police presence around the store, whose boarded-up doors and windows appear to have been damaged in a break-in.

Elsewhere in the city, demonstrators confronted police clad in riot gear following a brief protest march, facing down officers while shouting slogans against law enforcement. RT’s video agency Ruptly was on the scene to document the standoff.