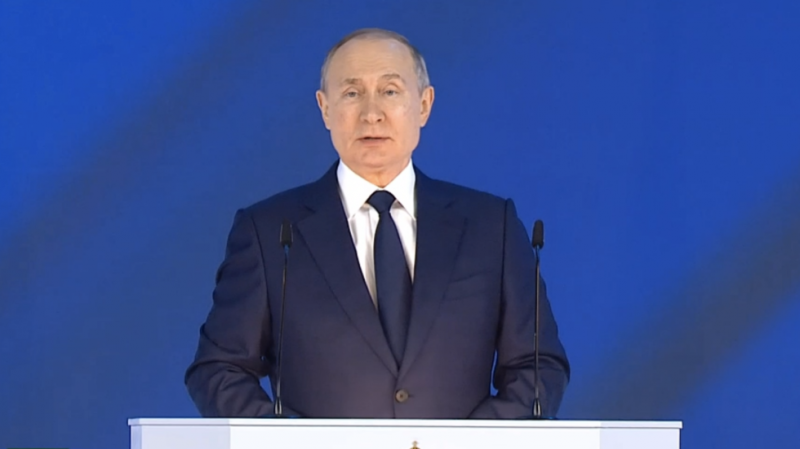 The Russian president is required by law to give a report each year on the state of national affairs to the Federal Assembly, a joint session of the two chambers of the Russian parliament. Traditionally, however, the event is more representative, with governors, government members, and other top officials invited.

This year the session is being held in person despite Covid-19 concerns, though all necessary precautions have been taken. The spacious Manege exhibition hall in central Moscow has been chosen as the venue, while all guests are required to take three tests to prove they do not have the disease.

According to the outcome of the meeting that President Putin held on Tuesday with top government officials to discuss his upcoming address, its agenda will be focused on domestic affairs, like social programs and infrastructure investments.

Putin’s speech comes amid a period of higher-than usual diplomatic confrontation with Western nations, following a series of expulsions of embassy staff and a rhetorical stand-off over the situation in Ukraine and Russian troop movements.

The address to the Federal Assembly is often used to announce major changes in Russian domestic and foreign policy. In 2018, Putin showed new in-development strategic deterrence weapons during the event. Last year, he announced a national vote on constitutional amendments that paved the way for his potential reelection in 2024.