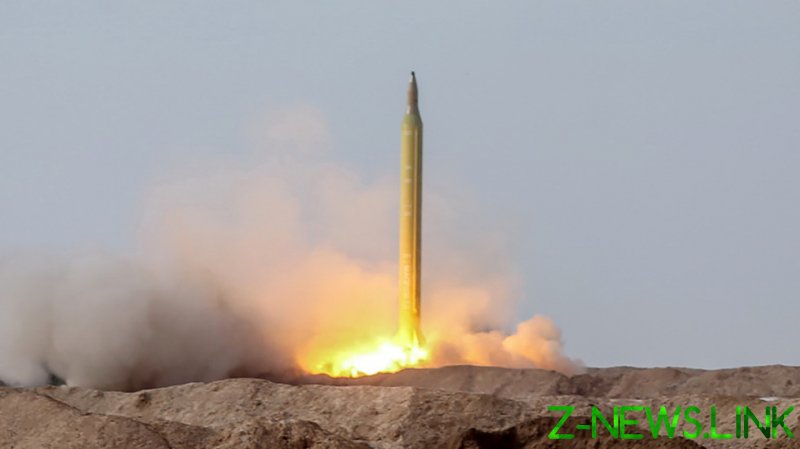 The tests were carried out on Saturday as part of large-scale military drills dubbed ‘The Great Prophet 15’. Footage released by the country’s media shows launches of ground-based ballistic missiles from an unspecified location hitting a floating structure.

The missiles were said to hit their targets, some 1,800 km away, with “pin-point” accuracy. While ballistic missiles might be not the usual weapon of choice in dealing with naval targets, the drills have shown the capability of the IRGC’s strategic force of hitting such targets, IRGC Chief-Commander Major General Hossein Salami said.

“One of our main purposes in defense policies and strategies is to be able to hit the enemy’s warships, including aircraft carriers and battle cruisers, with long-range ballistic missiles,” Salami stated.

“While it is customary to destroy mobile naval targets with low-speed cruise missiles, Iran can launch ballistic missiles from inland territories to hit targets in the ocean.”

The day before, the drills were more land-focused, with the missiles as well as kamikaze drones launched at ground targets. Footage released on Friday shows a missile salvo, as well as hits scored by various munitions on their targets.

The exercise comes amid a new escalation in the Persian Gulf, that followed the seizure of a South Korean tanker by the IRGC, saying it was due to “oil pollution” the vessel allegedly produced. In wake of the incident, the US deployed a submarine to the region, and reversed its decision to pull the USS Nimitz carrier group from the Middle East.