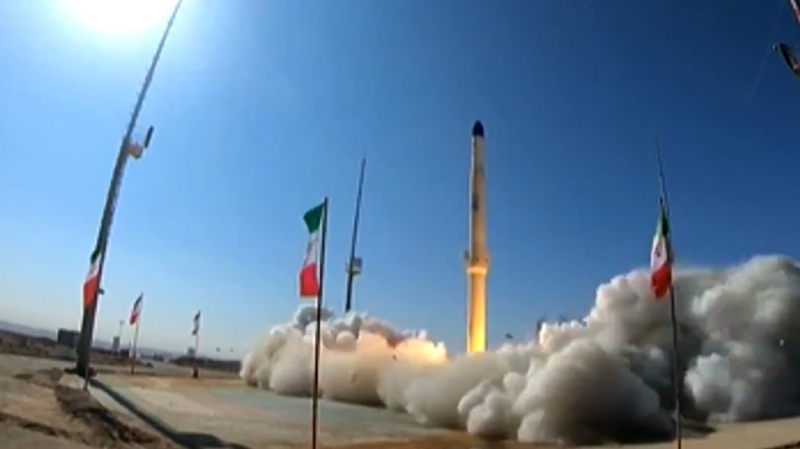 The Defense Ministry published the undated video on Monday, showing what appeared to be a successful take-off of the new rocket, named the Zuljanah, which was seen for part of its ascent.

The spokesman for the Iranian military’s space division, Ahmad Hosseini, told state media that “the test helped Iran to achieve its most powerful rocket engine,” which he said “can be launched using a mobile launching pad” and is “capable of carrying a single 220 kg satellite or up to 10 smaller ones.”

This three-stage carrier can compete with the world’s current carriers, and has two stages of solid propulsion and a single liquid one.

The test comes as Washington looks for ways to re-enter the joint nuclear deal between Tehran and world powers, from which former President Donald Trump unilaterally withdrew in 2018, violating its terms by reinstating a sanctions regime against the Islamic Republic. Iranian officials informed their US counterparts on Monday that they cannot simply waltz back into the agreement, and will have to scale back the penalties, with sanctions-relief a major reason Tehran agreed to sign the pact in the first place.