Home / WORLD / WATCH: In first solo presser, Biden admits he MISSES Trump, blames him for problems and hints at ‘changing the paradigm’

WATCH: In first solo presser, Biden admits he MISSES Trump, blames him for problems and hints at ‘changing the paradigm’ 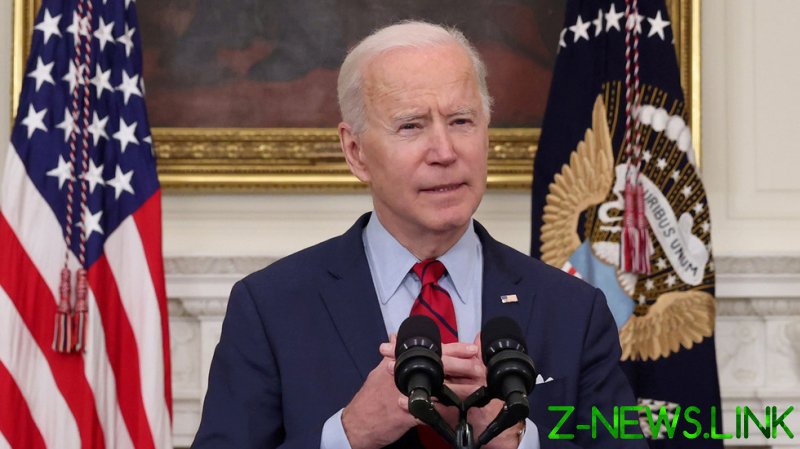 On Thursday, Biden faced the White House press corps for the first time since taking office 65 days ago, having waited longer to do so than any US president in over a century. Calling on pre-selected mainstream reporters, he faced questions about the immigration crisis on the border, the Senate filibuster, gun control and China.

Trump addressed the media after 27 days, while Barack Obama, Biden’s old boss, waited just 20 days. With Biden under pressure from reporters, his opponents have accused him of hiding from the media, and some conservatives have been suggesting he was hiding his alleged cognitive decline.

Much has happened since Biden took office. The president has fired off 50 executive orders, ordered airstrikes on Syria, overseen a natural disaster in Texas, and signed a $1.9 trillion coronavirus relief bill. His administration faces an ongoing crisis at the Mexican border as it struggles to process tens of thousands of illegal immigrants, and both Biden and Vice President Kamala Harris have pushed Congress to enact tough new gun control laws in the wake of two mass shootings in as many weeks.

Biden promised from the outset to lead an open and transparent White House. However, aside from waiting nine weeks to hold a press conference, his administration has imposed a media blackout on detention facilities at the Mexican border, and Biden himself rarely takes questions after live events, with his aides often whisking him away from reporters.