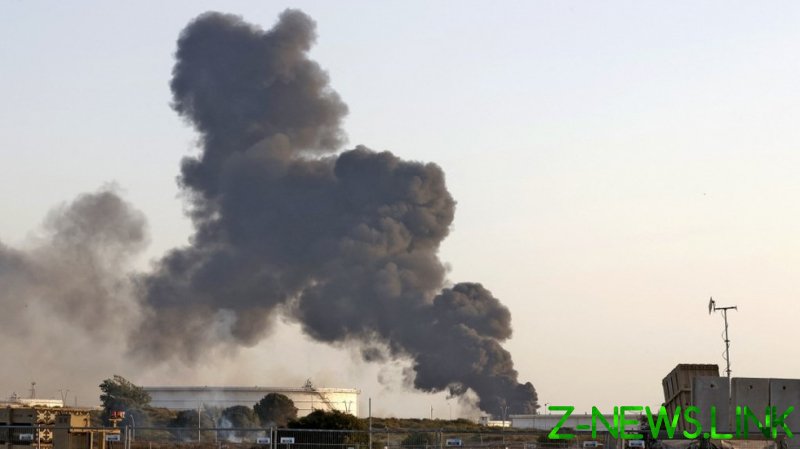 Videos purportedly of the blaze showed huge flames coming from what appeared to be a large oil tank, with the first reports of the incident emerging on Tuesday afternoon.

Firefighters tackled the fire in the coastal city of Ashkelon, according to local media, while Haaretz reporter Almog Ben-zikri later said he had been informed by the oil company operating the pipeline that the fire had been extinguished and the situation had “returned to normal.”

In the latest exchange of heavy fire, Palestinian militants have launched over 100 missiles into Israel from Gaza since Monday, with Israel’s military carrying out retaliatory air strikes, reportedly levelling a tower block in Gaza City on Tuesday.