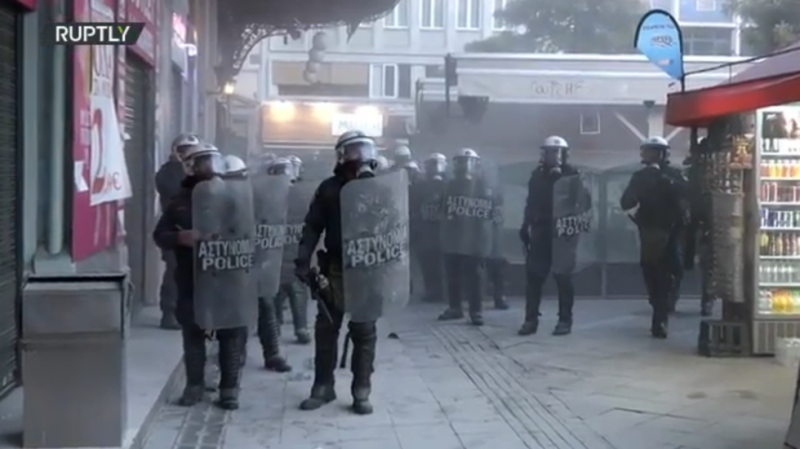 Scuffles between dozens of left-wing protesters and law enforcement erupted in central Athens on Friday.

Footage from the scene shows the police and the angry crowd engaging in a shoving match at a metro station entrance. The authorities deployed irritant gases as they tried to push the protesters into the station. The demonstrators, in turn, doused the police with a fire extinguisher.

The country has seen a series of recent protests in support of Dimitris Koufontinas, a convicted hitman of the now-defunct November 17 far-left group, who is serving multiple life sentences for his killings.

Koufontinas, who was found guilty of killing 11 people, demanded a transfer from a high-security prison in Domokos, located in central Greece, to Korydallos prison in Athens, so he could be close to his family. The transfer, however, was rejected, as the facility only houses suspects in pre-trial detention rather than convicted inmates, and the hitman subsequently went on hunger strike.

He refused food for some 50 days and his health has greatly deteriorated as a result. The 63-year-old is now in “critical condition” and “borderline comatose,” his relatives have told AFP.

The November 17 terrorist group was active between 1975 and the early 2000s. It committed over 20 high-profile killings, with Turkish diplomats, a British military attache and even a CIA station chief among its victims.