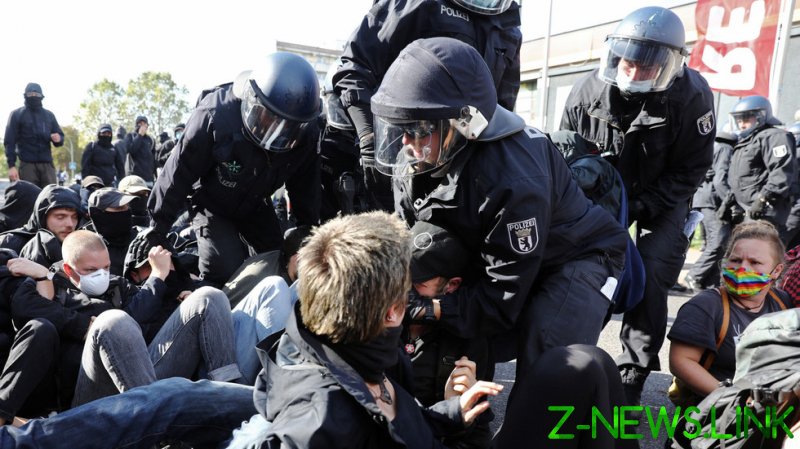 Germany is celebrating its 30th Unity Day, marking the reunification of the country that was divided for over 40 years. On 3 October 1990, the eastern socialist German Democratic Republic (GDR) was disbanded and absorbed by the western Federal Republic of Germany.

Germany’s far-right “Third-Way” movement, which describes itself as “Nationalist” and “Socialist”, staged a march in Berlin marking the occasion. Originally, it was to be held on May 1, but was postponed because of the coronavirus pandemic.

The event attracted a large group of left-wing counter-protesters, who attempted to block the route of the “Third-Way” marchers. Police deployed a major force into the area, trying to separate the rival groups and clear the route for the march.

Antifa protesters have attempted to stage sit-ins in the middle of a road, prompting police to forcibly remove and detain some of them, footage from the scene shows. That led to scuffles, with authorities saying the activists pelted law enforcement with various projectiles.