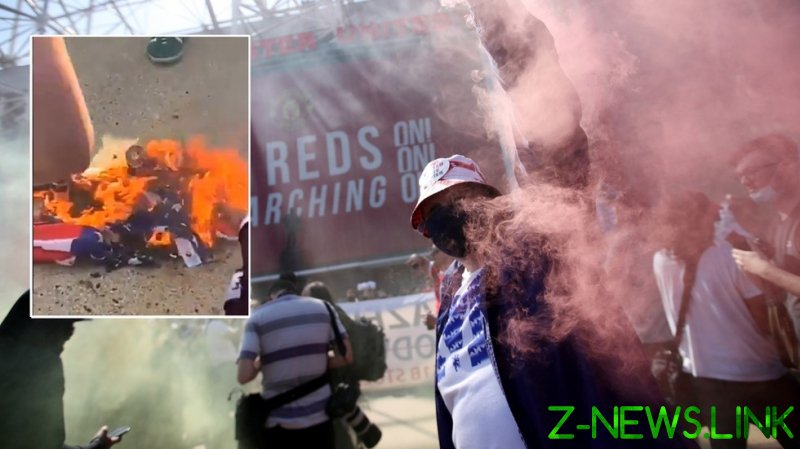 Man Utd were among the so-called ‘dirty dozen’ of European clubs who were signatories to the hugely unpopular Super League plans when it was initially announced last weekend but today, with the those plans now lying in ashes, a section of angry Red Devils fans took out their fury at the club’s ownership – by settling alight the Stars and Stripes.

More than a thousand fans gathered outside the home the 20-time English champions to have their voices heard not just about the Super League plans, which prompted a tail-between-their-legs concession by the club’s bosses, but also the Glazer’s longstanding ownership of the team which has hit new heights of unpopularity in the past few days.

Fans could be heard chanting “Glazers out” at the demonstration, while also wearing scarves emblazoned with a similar message. Smoke bombs were also said to have been set off during the protests on Saturday afternoon.

Footage making its way to social media also appeared to show fans burning an American flag outside the stadium in the starkest signal to the club’s ownership yet that they have lost any remaining support amongst the fanbase that they may have previously enjoyed. 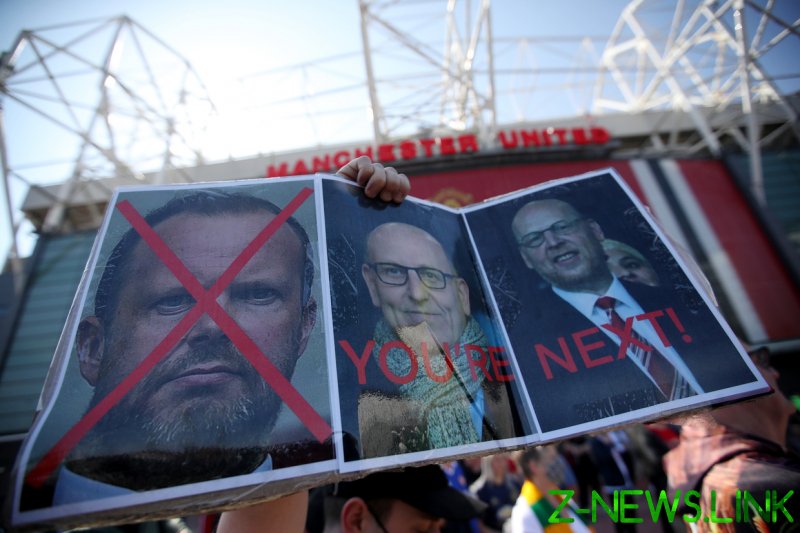 “All of the consequences of the debt-ridden Glazer ownership of the club have come home to roost in the last week, with the disgraceful plans to walk away from our roots in English football and walk away from our history and tradition in the European Cup,” read a statement distributed by the organizers of the demonstration.

“The disgraceful plan was a direct consequence of an ownership structure which is all about money and nothing about supporters.

“United fans demand change. We demand the German model requiring fans own 50% +1 of the club. We demand that the Glazers begin the process to make this happen with immediate effect.

“The last week has shown them the future they dreamed of for Manchester United is not possible and is never going to happen. There will never be a better time to hand majority ownership to the only people who have the long-term interests of the club at heart – the United fans.

“We call on all United fans to come together on the forecourt at 2pm, before the Liverpool game, to collectively make this point in a way the Glazers, and the rest of the world, cannot ignore.”

However, the protests – and in particular the flag-burning element – wasn’t met with unanimous consent from fans online.

“This perhaps is getting out of control,” said one supporter. “Burning a national flag can be serious.”

Another described the act as “trashy behavior“, adding that “regular Americans have nothing to do with the Glazer family.” 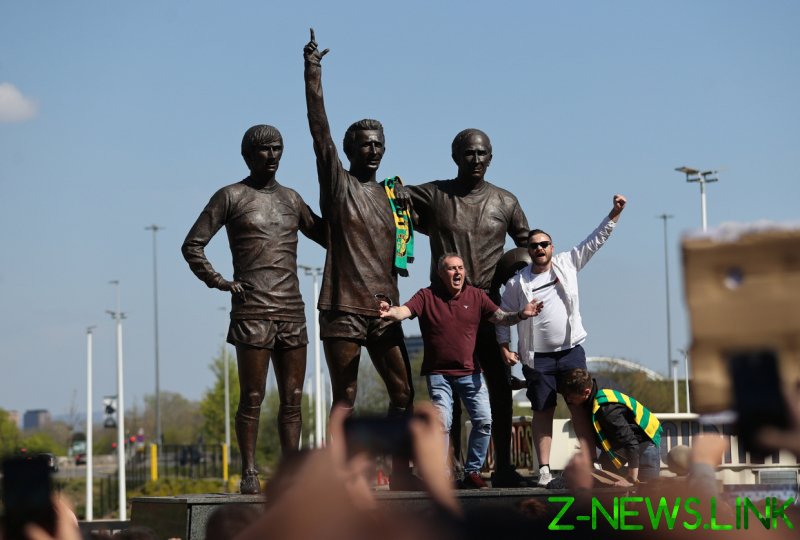 Whatever the reaction, it is clear that the fanbase of the most traditionally successful club in English football has rarely been quite as vocal in their dissatisfaction with the direction the club’s owners are taking them – and one wonders if, sooner or later, the furious fans will get their wish.