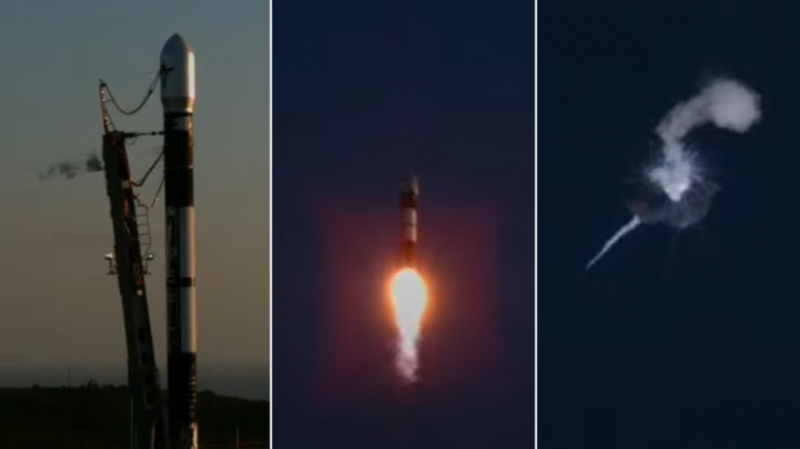 Intended to reach orbit in its maiden voyage on Thursday, the Alpha rocket instead met a fiery end high above the Pacific due to an unspecified anomaly, Firefly confirmed in a tweet. According to a live feed of the launch, the explosion occurred around two and a half minutes after liftoff from Vandenberg Space Force Base in California.

“Alpha experienced an anomaly during first stage ascent that resulted in the loss of the vehicle. As we gather more information, additional details will be provided,” the company said, adding that the launchpad and all surrounding areas had been cleared prior to takeoff to reduce risk to employees.

The moment of the blast was captured on film, with Alpha seen tumbling haphazardly through the sky before exploding, sending debris raining down to earth amid a lingering column of black and grey smoke.

Designed to launch up to 1,000kg (2,200lb) of payload into low-Earth orbit and standing at around 95-feet tall, Alpha was set to make a test flight carrying a number of instruments into orbit on Thursday. Though that test was initially planned for last December, Firefly CEO Tom Markusic previously explained that “problems with readiness of the launch site” caused delays.