WATCH: Fans dance outside Djokovic hotel as new details of his ordeal emerge 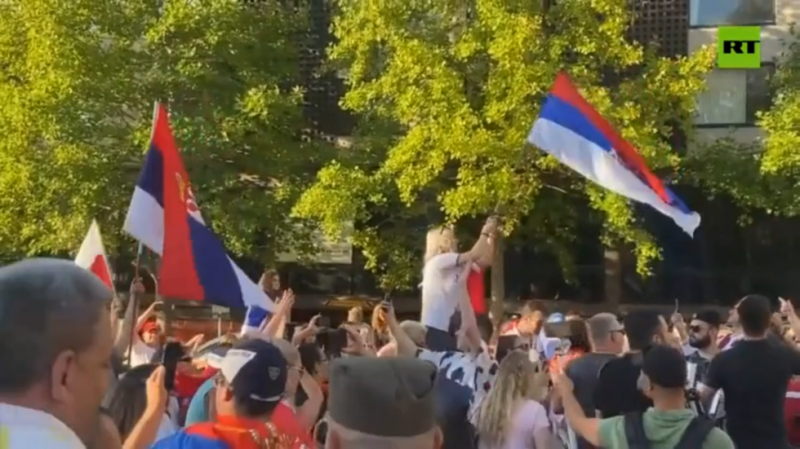 Novak Djokovic supporters have been filmed dancing in Serbia flags outside the Melbourne hotel where the tennis ace is being held by officials, while lawyers have outlined a timeline of his detention and his mother has spoken out.

The eyes of the world have been on the unspectacular Park Hotel in Melbourne, a partial immigration detention facility where the reigning Australian Open champion has been staying since his dramatic arrival in the country last week.

That has given the tennis icon’s devoted following, many of whom are compatriots of Djokovic and have draped themselves in the Serbian flag, a focal point on which to focus enthusiastic support for their hero.

Crowds were seen dancing and playing instruments in a colorful and noisy demonstration outside the hotel on Saturday, with some reports suggesting that Djokovic is being kept in terrible conditions.

A band took to keyboards and drums while listeners brandished selfie sticks and held people on their shoulders as part of the ebullient scenes.

Djokovic, who is set to discover whether he can stay in the country at a hearing on Monday, made a request for his chef to be allowed to access the hotel, and Serbian Prime Minister Ana Brnabic has said that her administration has bargained with officials.

“We managed to agree that he gets gluten-free food delivered [and gets] exercise equipment,” Brnabic told Sky.

“He has been given a laptop, a SIM card so that he can be in contact with his family.”

Djokovic’s mother, Dijana, said her family, including her livid husband, Srdjan, had sent “so many pictures” to the 34-year-old.

“He said that he is OK but I’m not so sure,” she admitted to the outlet. “He’s mentally very stable. He’s waiting until Monday morning to see what they are going to decide.

“It’s a very difficult time for all of us. He knows that he has big, big support and all of our nation is standing behind him. If he plays, he will win.”

Lawyers for Djokovic say that he was grilled for six hours at the airport following his 25-hour journey to Australia.

They claim he was initially interviewed shortly after midnight and given 20 minutes to find “any further explanation”, with Djokovic asking for under four hours to call Grand Slam bosses and “figure this out”.

Attorneys claim officials woke Djokovic up minutes after he was sent somewhere to sleep, pressuring him to make a decision on his visa despite his belief that he had received a medical exemption from being vaccinated “consistent with the recommendations of the Australian Technical Advisory Group on Immunisation”. His visa is said to have been canceled at 7.42am.

The Australian government has consistently said that only vaccinated people will be allowed into the country unless there are exempting circumstances.

Representatives are arguing that Djokovic was acting on the understanding that players would be exempted if they had caught Covid during the previous six months.

That would explain why Djokovic, who says he tested positive in December 2021, claims he interjected when he was told by an official that a previous infection would not qualify him for an exemption, purportedly replying: “I’m sorry to interrupt, but that’s not true.” 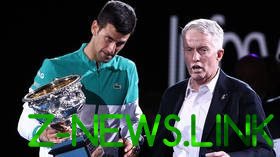 “I explained that I had been recently infected with Covid in December 2021 and, on this basis, I was entitled to a medical exemption in accordance with Australian government rules and guidance,” Djokovic says in court documents.

“I further explained that my medical exemption had been granted by the Independent Expert Medical Review Panel, that I had previously provided all relevant medical reports to [Tennis Australia], including my Covid PCR test results, and that accordingly the visa should not be canceled.”

The legal team for the player have called the behavior of officials “spurious and mischievous” and argued that it was clearly not right for Djokovic to have been part of a decision while he was tired and not in contact with his lawyers.

The man who could make history by winning a 21st Grand Slam title when the tournament begins on January 17 is said to have felt “shock” and “surprise” and been left confused by the saga. 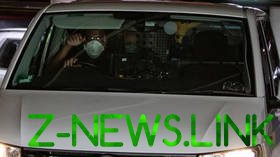 “He’s landed in the middle of a major political dispute,” Findley told Sky. “In my opinion, the case that the government is running against Mr Djokovic is to further the political ends of the government of the day.”

Home Affairs officials have had an attempt to delay the hearing until Wednesday rejected.

It is scheduled to start at 12pm CET on Monday, with Djokovic’s team and the government department each allowed two hours to present their case.