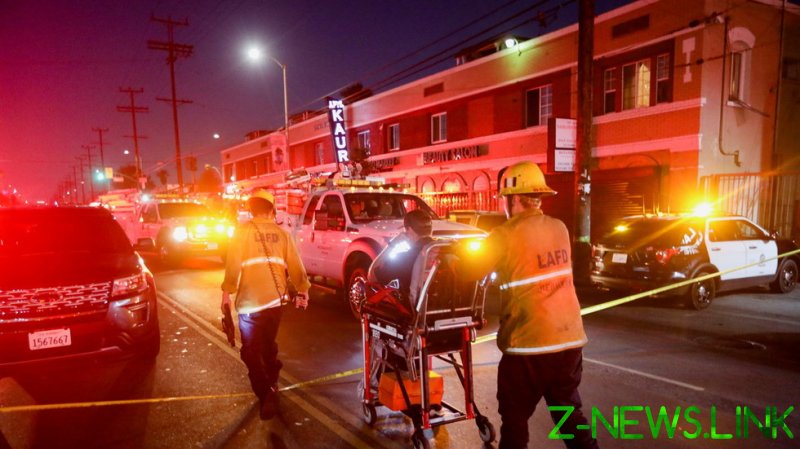 The explosion occurred on Wednesday night during a botched disposal operation, after LA police confiscated around 5,000 pounds in hand-made fireworks from a suspect earlier in the afternoon. Nine were wounded in the blast, according to the LA Fire Department, though their condition was not immediately clear.

Local media outlets and at least one bystander captured the incident on video, showing an armored box containing the fireworks as it erupted, destroying both the container and the flatbed truck that was carrying it. Nearby cars – including one that was knocked onto its side – homes and other buildings also sustained significant damage.

While the exact cause of the blast remains unclear, police said the fireworks were placed in the armored container as a precaution after they were seized from a 24-year-old suspect. The man was arrested on suspicion of possessing fireworks and destructive devices, as well as child endangerment, according to KTLA.