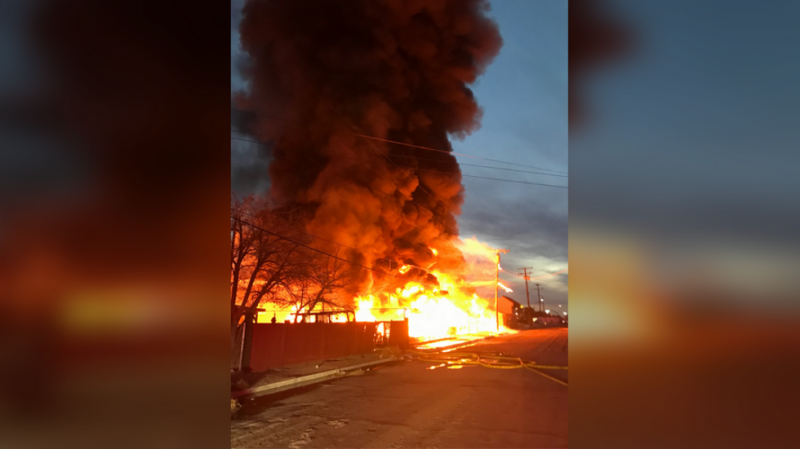 A fire has erupted at a commercial lot in San Bernardino, California, with firefighters seen beating back flames so they do not spread to nearby homes. The incident has reportedly caused outages in the area.

The San Bernardino County Fire Department responded to a two-alarm fire at around 4:35pm local time, according to a Los Angeles CBS affiliate. Footage captured by local media showed the fire in progress as it consumed much of the commercial lot in the town of Adelanto.

So far, firefighters have reportedly been able to keep the conflagration from reaching homes and businesses in the area, and crews were dispatched to repair downed power lines, which caused a brief outage for residents.

There have been no reports of deaths or injuries. The neighboring Apple Valley Fire Protection District and Victorville Fire Department were also called to assist local authorities in fighting the blaze, according to county officials.

It’s so far unclear what caused the building, which is located near a strip mall and several homes, to catch fire.