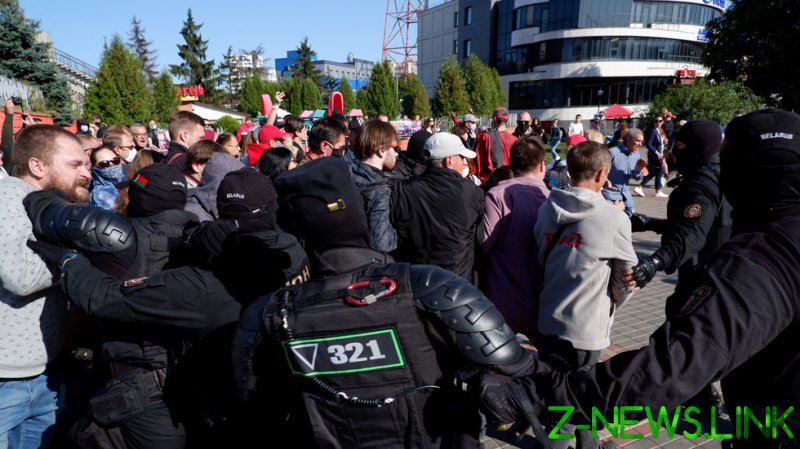 The special means were put to use because “some people acted inadequately,” a police spokesman said. Flashbang devices were fired only as warning shots, he pointed out.

Videos from the scene showed a larger group of demonstrators advancing on officers in balaclavas and full riot gear, blocking the street.

When the two groups came face to face, the police fired stun devices into the air and sprayed tear gas at the protesters.

After a brief shoving match the crowd retreated, shouting “fascists,” while the law enforcers were filmed arresting at least one man.

Gomel, which is populated by more than 500,000 people, is one of many cities in Belarus where protests are taking place on Sunday. The largest rally is currently underway in the capital Minsk, where thousands took to the streets again to demand Lukashenko’s resignation and a new fair election.

People have been protesting across the country since the presidential election on August 9, which the opposition insists was rigged. The demonstrations have been marred by mass arrests and accusations of police brutality. Three protesters have died in the weeks since the election, with hundreds injured, including many police officers.