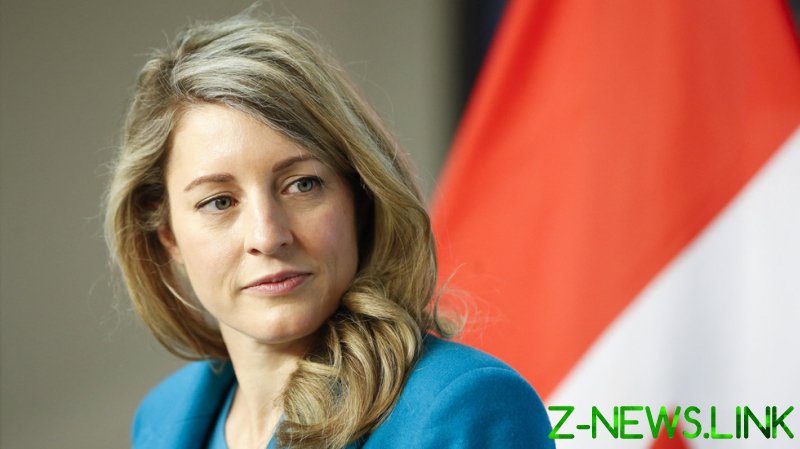 Writer and activist Yves Engler interrupted a speech by Canadian Foreign Minister Melanie Joly, accusing the authorities in Ottawa of escalating the conflict between Russia and Ukraine and increasing the risk of it turning into a global confrontation.

Engler shared a clip of himself confronting the foreign minister on Twitter on Tuesday.

It showed the leftist writer entering the conference hall and walking towards the stage, shouting: “Stop escalating the war. Stop sending arms to Ukraine… You’re going to push us to World War III.”

Canada, which along with the US and other Western nations backs Ukraine in the ongoing conflict, has sent so many rocket launchers, grenades, and other equipment to Kiev that it has “exhausted” its own military’s stockpile of weapons, Canadian Defense Minister Anita Anand said last week.

The Minsk agreements, which were signed with the mediation of Russia, Germany, and France in 2014, were designed to regulate the status of the breakaway republics of Donetsk and Lugansk as part of Ukraine.

However, shortly before Russia launched its military operation in February, Ukrainian President Volodymyr Zelensky called the accords “incompetent” and made it clear that Kiev wasn’t going to fulfill them. 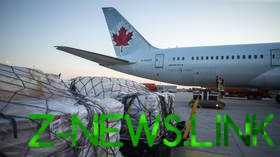 “Stop using Ukraine as a proxy against Russia,” the author said, repeating some of his statements in French and then managing to flee the room before security could apprehend him.

In an article published on his website on Monday, Engler condemned the Russian attack on Ukraine, but pointed out that NATO’s eastward expansion had increased the likelihood of an armed conflict between the two nations. A declaration of Ukraine as a neutral state which will never join the US-led military bloc has been one of Moscow’s key demands during the ongoing peace talks with Kiev.

“Peace minded Canadians should redouble our efforts to get Canada out of NATO,” he said.

Engler, who is the author of a dozen books, also actively protested the involvement of Canada in the coup in Haiti in 2004. At the time, he crashed a press conference by then-Canadian Foreign Minister Pierre Pettigrew and poured cranberry juice on him, symbolizing the blood of the Haitian people.

He is also a strong supporter of the Boycott, Divestment and Sanctions campaign, which calls for measures against Israel over its occupation of Palestinian lands.