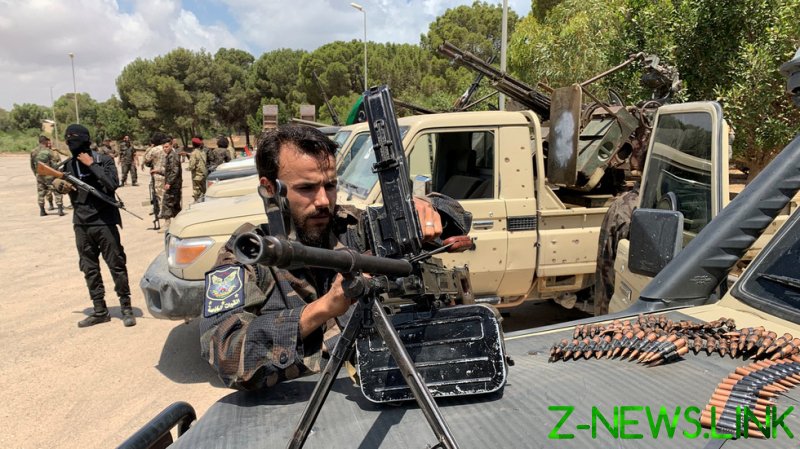 Photos and videos from Tripoli in the early hours of Wednesday showed armed men and combat vehicles outside the offices of Libya’s interim Government of National Unity (GNU) Prime Minister Abdul Hamid Dbeibeh, and there are reports of militants outside the office of Presidential Council head Mohammed al Menfi.

The move came after Dbeibah dismissed Abdel Baset Marwan as the commander of the Tripoli military district.

According to the Italian daily La Repubblica, two other militia leaders – Abdel Ghani al-Kikli of the Ghneiwa and Mustafa Ibrahim Gaddur of the Nawasi – went to al Menfi’s palace to protest the decision.

Another militia, the Al-Samoud Brigade, has announced that all state institutions in Tripoli have been closed and that there will be no presidential election, Al-Arabiya reported. The leader of Al-Samoud, Salah Badi, has been sanctioned by the US and the UN for opposing the UN-backed Government of National Accord (GNA).

The vote, scheduled for December 24, has already been plagued by controversy. Dbeibeh reportedly promised not to run for presidency in order to become PM, and has not resigned the post in the run-up to the election, as required by the rules.

General Khalifa Haftar, who commands the rival Libyan National Army in Tobruk, has been accused of being a US citizen and therefore ineligible – which he denied. The electoral commission also tried to disqualify Saif al-Islam Gaddafi last month, but reversed the decision later.

Saif’s father Muammar Gaddafi led Libya for over 40 years, before he was overthrown and murdered during a 2011 insurrection backed by NATO powers. This plunged Libya into a civil war that has lasted ever since. UN envoy for Libya Ján Kubiš had warned in September that failure to hold the election would reignite the conflict, but has since resigned without explanation, staying in the post until a replacement can be appointed.