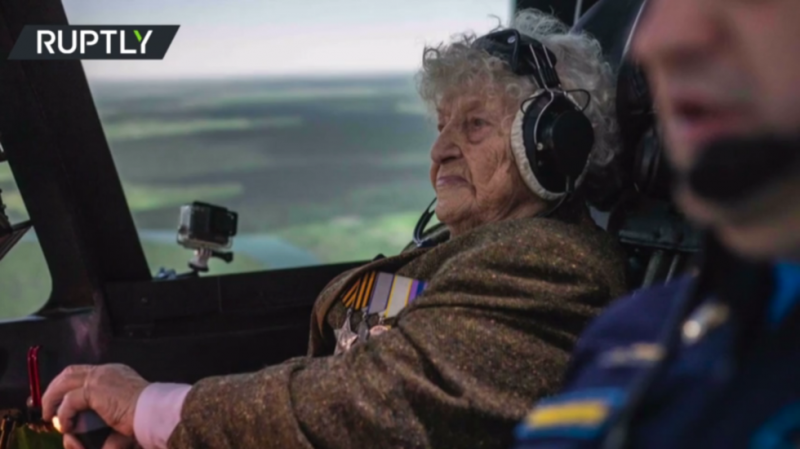 According to Dyachenko, Koltakova performed a barrel roll with his assistance but then took over the controls herself.

“The impression is cosmic. I liked everything. I flew through the clouds and saw Voronezh,” she said.

Writing on Instagram, the veteran thanked Dyachenko, explaining that they practiced “aerobatics” and “refueling the plane while in the air,” noting her disappointment that it was only a simulator.

A former volunteer in World War II, she participated in the crucial Battle of Kursk, and was part of the army that liberated much of Eastern Europe, including Kharkov and Lvov.