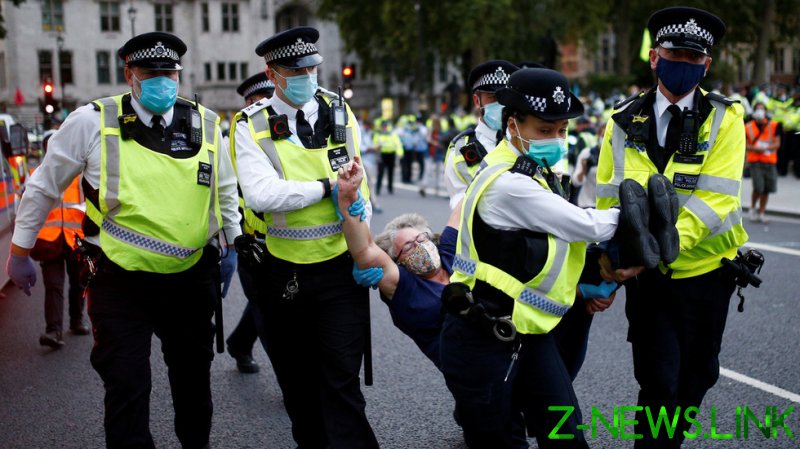 A sizable crowd of protesters calling for “climate justice” descended on London and Manchester on Tuesday, seen carrying a bright array of signs and placards, while in some areas marching bands joined the procession.

Despite a festive atmosphere, however, London’s Metropolitan police said it had made some 90 arrests by 6pm local time, including for “breaching public order conditions, obstructing the highway, obstructing police and assault on an emergency worker.” Some of the arrests, including of 92-year-old Hastings resident John Lynes, were captured in footage that circulated on social media.

The crowd in London was met by a police skirmish line at one point in the march, with officers in bright-yellow coats barring their way, while in other areas demonstrators attempted to lock limbs for a sit-in style protest. 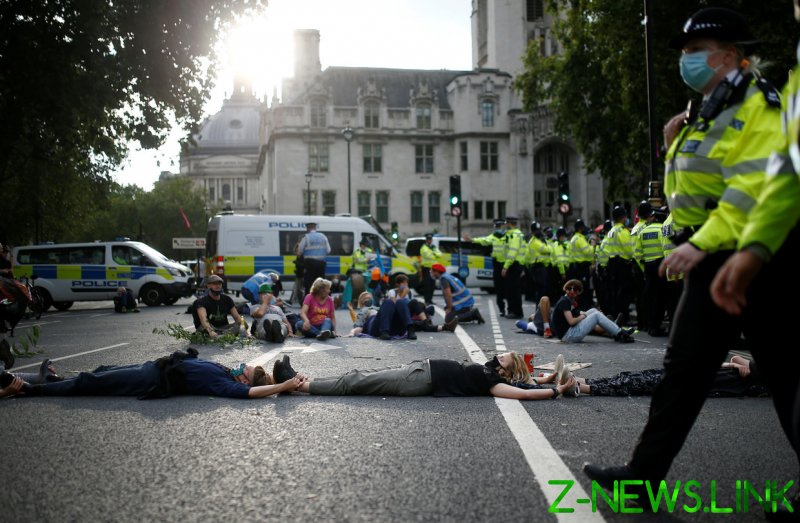 Extinction Rebellion, known for its theatrical acts of civil disobedience, has called for 10 days of protests in order to “peacefully disrupt the UK Parliament in London” until lawmakers support the ‘Climate and Ecological Emergency Bill.’ The group says the law would force the government to “[account] for our entire carbon footprint while actively conserving nature here and overseas.” 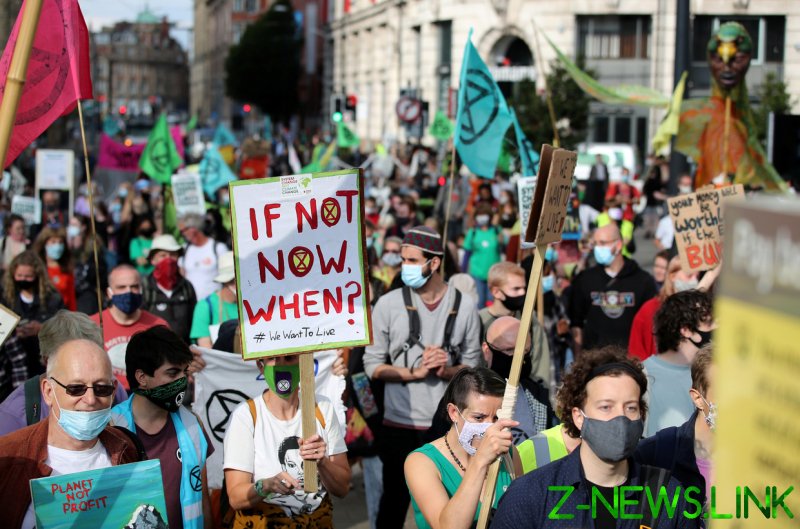