Wasserman explained the fear of Latvians to disappear as a people 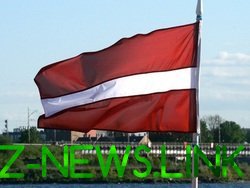 Popular intellectual, publicist Anatoly Wasserman in an interview with reporters FAN explained the reasons for the fear of Latvians associated with the ability to disappear as a nation.

The reason for the review of the interlocutor of the FAN was the incident in the bus Riga — Daugavpils. Russian-woman-driver attacked the local resident with the requirement to speak the official language of the country. Perturbed debauchery staged the scandal, complained that often the requirement to speak the native language of the country many people only grin.

According to Wasserman, these manifestations of nationalism arise as a result of fear to disappear as a people. And these fears still more pump power, shouting about the desire of Russia to occupy the Baltic States. A similar situation arose for two main reasons. We are talking about economic motives and the historical mistake of the authorities of Latvia. It is obvious that Latvians really small. To similar position in many ways led the reform of Latvia, namely, to acceptance of the terms of recognition of the people citizens of the country. People whose ancestors were in the country after its return to the Soviet Union in June 1940, were automatically recognized as non-citizens, said the publicist.

See also:  On one of streets of Kiev to limit the movement

This decision cut off half of the population. Have to talk more deeply, in the context of the economic needs on the distribution of existing farms, the Latvian authorities are actually robbed of half of the population. The historical mistake is the desire to abandon the Russian civilization. It has an enviable tolerance for different nationalities, giving people equal rights for realization of personal aspirations. Abandoning this, Latvia is scared of the very large number of people, and the rest warmed up the idea of nationalism, concluded Wasserman.

Earlier, Anatoly Wasserman has proposed an original way to close differences with the Baltic States.