On Monday, during his first official visit to Japan, US President Joe Biden announced the launch of a new project called the ‘Indo-Pacific Economic Framework’, which the White House claims to be an economic vision for Asia in an obvious bid to try and counter China. Thirteen countries have signed up to the agreement, including India, Japan, South Korea, Australia, New Zealand, and all of the ASEAN members, excluding Myanmar, Cambodia, and Laos (which are ostracized for being too pro-China).

But what exactly does this agreement mean? And what does it offer and consist of? That’s a good question, and most people are wondering the same thing. The Indo-Pacific Economic Framework (IPEF) is not a trade deal, is not an investment agreement, not a treaty, and not an institution; it is an American slogan at best, a slogan which is really just focused on indirectly attacking China, rather than actually offering any serious economic commitments, a recognition that they have long lost the economic debate in Asia, but nonetheless are unwilling to do much about it.

Why is the US proposing such a bizarre and unsubstantial initiative? Right now, American trade and economic policy is in a bind. Owing to the legacy of former President Donald Trump, US domestic politics is strongly focused on trade protectionism in the name of ‘America First’, which has evolved into bipartisan opposition to free trade and a belief that American jobs should be prioritized and established where possible. Big free trade agreements, as it goes, are argued to undermine America’s trade competitiveness, unless they are secured on lopsided terms favouring the United States. 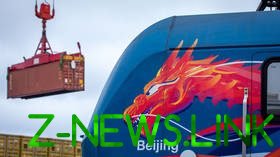 In line with this, the Trump administration immediately withdrew the US from the initial anti-China trade deal which the Obama administration created, known as the Trans-Pacific Partnership (TPP), now called the Comprehensive and Progressive Agreement for Trans-Pacific Partnership (CPTPP). Now, China itself seeks to join that remaining agreement, after securing the Regional Comprehensive Partnership (RCEP) with other countries in the Asia-Pacific the previous year.

This has left the US out in the cold – Washington does not have an economic answer to Beijing in the geopolitical competition in Asia, but also cannot make serious commitments because of the domestic political picture prohibiting it. Free trade agreements require reciprocity, but the US cannot tolerate the idea of conceding market access to another cheap labour economy such as Vietnam or India.

The result is the Indo-Pacific Economic Framework, an economic policy by slogan which pledges to try and write the economic rules of Asia according to American preferences, including proposing an Anti-China supply chain (marketed as resiliency).

There are multiple things wrong with this. First of all, the economies of the Asia-Pacific, as geography goes, are deeply integrated with China, which is their largest trading partner. This includes close US allies such as Japan, and of course South Korea, whose new pro-US president, Yoon Suk-yeol, pledged to join this agreement. For comparison, attempting to get these countries to shun economic ties with China is like asking the Netherlands to cut off Germany; it’s impossible, because on a regional level, economic growth and prosperity require a ‘relative gain’ between countries as opposed to a zero-sum policy. Because China is the largest economy, the largest population and the largest market in the region, it is the effective center of the regional economy. Not the United States. Once you consider the fact the Indo-Pacific Economic Framework pledges no funds whatsoever, has no way to facilitate any serious joint agreements, and in fact the US cannot even persuade its members to allow Taiwan to join it on consideration of China, this initiative seems dead on arrival.

While China-backed projects such as the Belt and Road Initiative have come with trillions of dollars’ worth of funding, serious institutions such as the Asian Investment and Infrastructure Bank (AIIB) exist, the Indo-Pacific Economic Framework is at best rhetorical, a marketing effort to make the US appear relevant and to more readily present its goals, and we’ve had plenty of those already – all of which were all deliberately targeted at China, such as the ‘Blue Dot Initiative’, ‘Build Back Better World’, and so on – but where are they now?

The IPEF seems to be just the latest gimmick on this conveyor belt of anti-China proposals, and like the rest, it is likely to ultimately fizzle out because they are not gamechangers and do not make serious commitments, precisely because the US largely expects the private sector to mop up the work, does not commit state funding to non-military matters, and of course, dismisses the economic realities of China’s own rise and other countries’ interests in maintaining ties with Beijing.