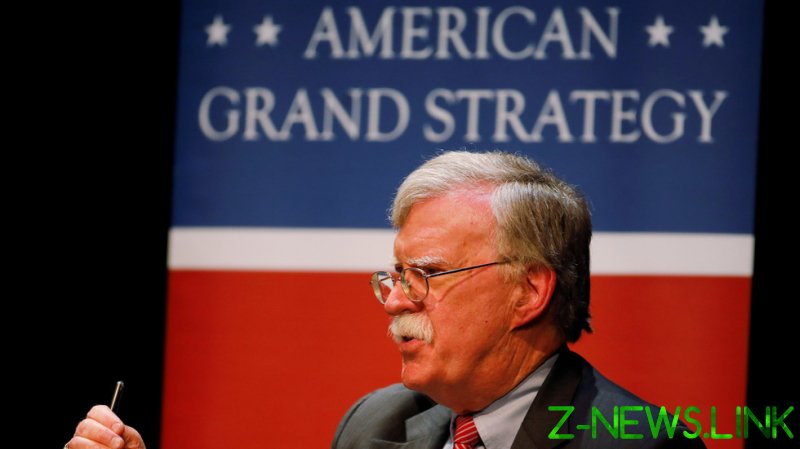 “I think he’s just playing for time in hopes that something will emerge that allows him either to have a good reason why he’s lost or, in his mind, maybe still to win,” Bolton said on Sunday in a CNN interview. “I think that simply emphasizes the need for senior Republican leaders to join those who have begun to come out and say Trump’s behavior is inexcusable.”

Trump has mounted legal challenges alleging fraud in the November 3 election, saying corrupt officials in such cities as Philadelphia, Detroit, and Atlanta swung the outcome in Biden’s favor.

Bolton, whom Trump fired as national security advisor in September 2019, has been a frequent anti-Trump media guest since he published a book on his 17-month stint at the White House in June. The long-time Washington bureaucrat has advocated disastrous wars from Vietnam to Iraq – although he avoided being drafted to fight in the Vietnam War.

Under Trump, he agitated as national security advisor for new wars against Iran, North Korea, and Venezuela. As a State Department official in the George W. Bush administration, Bolton accused Cuba of being a terrorist and biological-weapons threat against the US.

Trump, by contrast, has drawn criticism for his efforts to end US military interventions in countries such as Afghanistan and Syria.

CNN host Jake Tapper asked Bolton on Sunday whether the Republican Party would be able to return to its “roots” on foreign policy and other matters, or whether “Trumpism” would remain a permanent influence.

“There is no Trumpism,” Bolton said. “The man does not have a philosophy. People can try to draw lines between the dots of his decisions. They will fail.”

Bolton said senior Republican leaders must act quickly to condemn Trump’s fight over the election result, to avoid alienating voters. “It’s a character test, which is why people need to speak up,” he said. Bolton added: “Right now, I think Trump is throwing rocks through windows. I think he’s the political equivalent of a street rioter.”

Some Republicans fear Trump’s reaction to disloyalty, Bolton said, but politicians will be safer if they can achieve “strength in numbers,” making clear that the president’s actions don’t reflect the party’s game plan. Those dynamics will change with Biden’s inauguration on January 20, he said.

“You can say what you want without worrying about a Trump Twitter rant that will just be a bunch of damp squibs by that point,” Bolton said. “Far better to start that process now than to wait for him to cause more damage.”

Trump’s conduct is especially concerning with two Senate runoff elections being held in Georgia in January, Bolton said. “I’d rather put Trump in the rearview mirror and concentrate on what we need to do to win those runoffs going forward,” he said. “This is not a lecture on the virtues of being virtuous. This is cold, hard political reality. Trump is looking out for Donald Trump, and the Republican Party has got to look out for the country and for the party at the same time – not Donald Trump.”