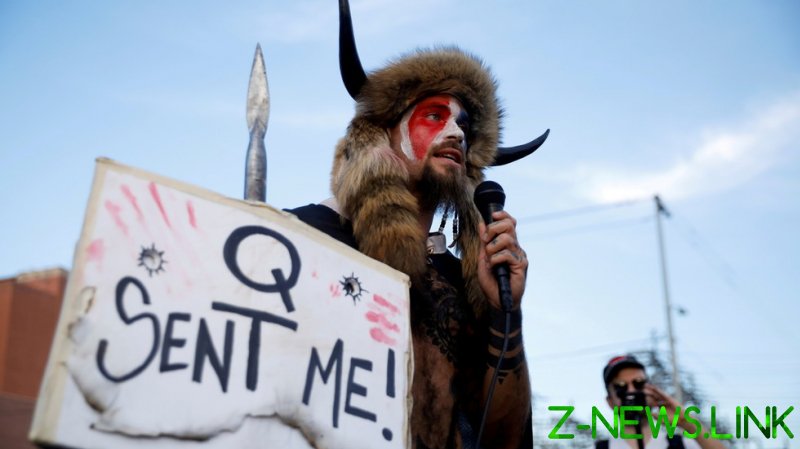 Nine in 10 Americans believe at least one conspiracy theory, researchers found earlier this summer. Yet conspiracy theories run the gamut from ‘Bigfoot exists’ to ‘the Holocaust never happened’, and the Washington Post published a quiz this week to remind its readers which ones to believe and which to discard. The answers tell a story in themselves.

In a series of multiple-choice questions, the statement “There is a ‘deep state’ embedded in the government that operates in secret and without oversight” is marked as false.

“For much of the past four years, Republicans have speculated that a ‘deep state’ was working to undermine President Donald Trump,” the Post explained, adding: “While the FBI and CIA do conduct covert operations, there’s little evidence for a separate Deep State.”

Yet this is untrue, according to the Washington Post’s own reporting. The Post revealed in 2013 that the Office of the Director of National Intelligence maintains a “black budget” of $52.6 billion mapping “a bureaucratic and operational landscape that has never been subject to public scrutiny,” which spends these funds on spy operations and occasionally lethal action abroad. The public didn’t know that the NSA spied on Americans’ communications for a long time, until the Post published Edward Snowden’s leaks that same year, and the Post was instrumental in drawing attention to the CIA’s post-9/11 torture program.

Even before Snowden’s revelations, the Post in 2010 described the US national security and intelligence apparatus as “a hidden world, growing beyond control.” This leviathan, the paper described, is “hidden from public view and lacking in thorough oversight,” while “no one knows how much money it costs, how many people it employs, how many programs exist within it, or exactly how many agencies do the same work.”

Journalist Glenn Greenwald, who first reported Snowden’s leaks, described the Post’s about-turn on the existence of the Deep State as an example of “how the Trump era corrupted almost every mainstream institution in the US, especially media corporations.”

The CIA’s experiments with mind-control and psychological torture, which were carried out on Americans during multiple presidential administrations, are not the stuff of conspiracy theory. These experiments took place between 1953 and 1973, with some information on the program, known as MKUltra, only declassified in 2001. Another question in the Washington Post’s quiz even highlights this CIA program as an example of a conspiracy that actually took place.

The term ‘Deep State’ has been used in recent years to describe the bureaucrats and intelligence agency operatives who worked to frustrate and stymie former President Donald Trump’s agenda. When invoked by Republicans and Trump supporters, the term is ridiculed as a conspiracy theory, but those involved openly admit to working against the former president from behind the scenes.

General Mark Milley, commander of the Joint Chiefs of Staff, went behind Trump’s back to assure his Chinese counterpart that he and the national security establishment wouldn’t let Trump do anything “rogue” after his election loss last year. Milley admitted to consorting with Beijing, and with Democrat politicians, in a recent book by Washington Post reporters Robert Costa and Bob Woodward.

Time Magazine lionized the “well-funded cabal of powerful people” who worked to ensure that Trump lost his re-election bid. In the words of the magazine, “they were not rigging the election; they were fortifying it.”

New Yorker author David Rohde, who has written a book on the Deep State and the conspiracies surrounding it, told Vox last year that the Deep State exists, and can be described as “a permanent government or an institutional government” made up of “incredibly large and powerful organizations like the FBI and the CIA and the NSA.” Whether by the FBI’s ‘Russiagate’ investigation – which was predicated on several lies – or unnamed ‘intelligence sources’ planting false stories in the media to hamper Trump’s planned withdrawal from Afghanistan, this “permanent government” did work against Trump before and during his four years in office.

Curiously, the Washington Post’s quiz now describes the claim that “Donald Trump colluded with Russians to steal the presidency in 2016” as false, after four years of articles pushing the notion that there was, in fact, “collusion” between the Trump campaign and Russia.

The difference between conspiracy theory and conspiracy fact, it seems, largely depends on who’s in office.