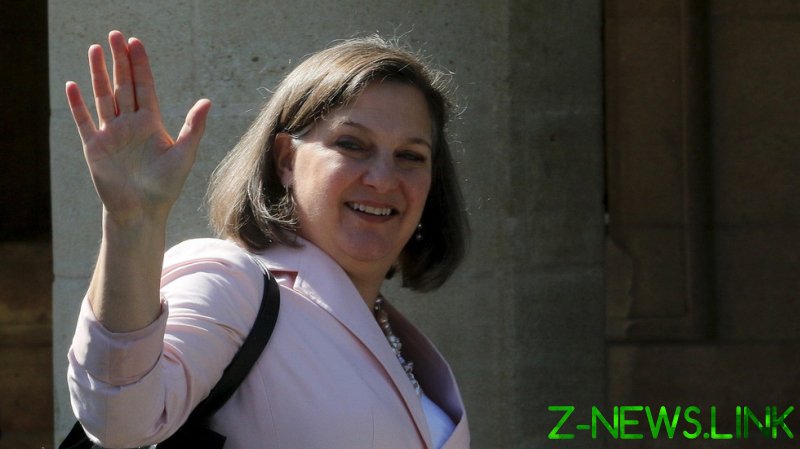 Nuland is expected to visit Moscow on Monday, where she will take part in three days of meetings with officials at the Russian Foreign Ministry. However, up until Sunday, Nuland was forbidden from entering Russia.

“She was actually on our sanctions lists that mean that a person cannot cross the border,” Foreign Ministry spokeswoman Maria Zakharova told ‘Russia-1’ channel on Sunday. “[The US] included Russian representatives and foreign policy experts on their sanctions lists. So in this case, the question was resolved on a parity basis. Yes, she will be in Russia,” Zakharova added.

The US reportedly initiated the summit.

Zakharova then told radio station ‘Govorit Moskva’ that the US had lifted sanctions on one unnamed Russian official in exchange. According to Alexey Venediktov, the editor of liberal outlet Echo of Moscow, the diplomat in question is Konstantin Vorontsov, an arms control official at the Foreign Ministry who had been denied entry to the US since 2019.

Moscow added Nuland’s name to a visa blacklist the same year in a tit-for-tat move, which Nuland discovered when she attempted to enter Russia.

Though she now works as the State Department’s number two diplomat, Nuland made a name for herself as US ambassador to NATO and assistant secretary of state for Eurasia during the Obama years. A vocal proponent of anti-Russia sanctions, Nuland was also heavily involved in the US-backed 2014 Maidan coup in Ukraine.

Nuland visited Kiev during the coup to hand out cookies and pause for photo opportunities with activists, before promising the country a billion dollar loan guarantee program and military assistance. In an infamous leaked call between Nuland and the US’s then-Ambassador to Ukraine, Geoffrey Pyatt, the pair discussed building a post-Maidan government in Ukraine from a list of opposition politicians, and Nuland uttered the phrase “f**k the EU” in response to concerns about Europe’s input.