Home / business / Was taiga, tundra began: in Arkhangelsk forests are cut down at an unprecedented rate

Was taiga, tundra began: in Arkhangelsk forests are cut down at an unprecedented rate 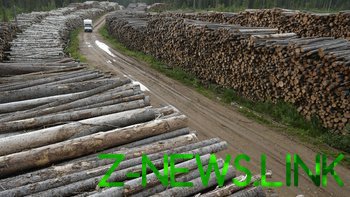 In the Dvina – Pinega interfluve Arkhangelsk region rapidly and away from the prying eyes of the public control destroy pristine forest. We are talking about the national catastrophe that exceeds all threats from landfill in Cheese.

Terrible photos published in his blog popular blogger and photographer Igor Shpilenok. This outrage that is happening now was not even in the Soviet Union:

“Back home from the Arkhangelsk taiga. Visited two remote from each other on the White sea in the national Park “Onega Pomerania” and in the interfluve of Northern Dvina and Pinega in the Eastern part of the region.

I, too, guessed that the remains of primeval forest North-West of our country are destroyed, but never thought that so rapidly and to such an extent that opened up to me in this expedition. Before this trip I was hoping that the conservationists have a time frame, but mother nature is a secluded roadless places where the remains of relict forest and can remain intact for many, many years. Now I know that we’ve had no extra time, no roadless “Berendeeva thickets”. Is unprecedented in the history of the extermination of the Northern taiga, based on the most modern technologies.

In the interfluve of Northern Dvina and Pinega to survived Europe’s largest array intact reference forest. Recently, his area was about one million hectares. Here originate or occur 18 salmon spawning rivers, the purity of which depends the entire population of salmon – Atlantic salmon. Forests of Mesopotamia – one of the last havens for wild reindeer. the population in the region is on the brink of extinction by destruction of habitat and poaching.

The whole territory of Dvinsko-Pinezhsky forest is leased by large logging companies, it is a resource for the enterprises of forest sector of the region. Large forest tenants (a group of companies “Titan” and JSC “Arkhangelsk PPM” have considerable influence in the region. They declare their “environmentally friendly” and even voluntarily certified according to the FSC system, which for Russian companies is a “green pass” to the foreign environmentally sensitive markets. However, development of forests is the expansion path. Deforested areas do not perform the quality reforestation, in place of relic coniferous forests grow birch and aspen, and the timber industry continue its movement into the pristine Northern taiga, as if it is infinite. Destroying it completely, that will happen very soon, the timber industry will be forced to change approaches to business, but only pristine taiga we will be gone.

Terrain for centuries saved the Northern taiga from intensive economic use. The road’s are not in settlements, and to arrays narublennyh forests.

On clay sites, and on steep descents-liftings laid concrete slab. The forest sector of the region spends huge money on high-quality reforestation on deforested territories, and the preservation and development of old, extensive system of forest management, the construction of new roads in the last massifs of intact forests, to increase the volume of logging.

As the transport arm from remote areas to processing is usually hundreds of kilometers, even a powerful the timber in the presence of good roads can not cope with the hauling. Along the roads one can see piles of woods in many tens of thousands cubic meters. There’s clearly understand the scope of lesostepnoi.

So now it looks Arkhangelsk taiga from the height of bird flight. Rectangles logging. Each individual plot could reach fifty acres. Soon loggers “owout” survivors rectangles and will lose interest in ruined places.

Trees in the North grow slowly and do not reach the huge sizes. These trees can be way over a hundred years.

Camp of loggers. The organizers of forest business present themselves as benefactors of the local population. In reality, the visible colonial scheme, when the main beneficiaries live in the capital, and even in wealthy countries, and local residents after this forest remains devastated taiga and poverty. New technologies lesostepnoi required to a minimum. The Barber of Siberia, the work of the crazy alien inventor in the film by Mikhalkov, a long time there and with frightening efficiency destroys forests worldwide. Only one set consisting of two machines with English names harvester and forwarder can replace more than fifty people working at the logging camp on traditional technology. On the hauling work trucks “Mercedes” and “Volvo”, carrying from the car logs. Russia is now firmly among the three leading countries in the scale of destruction of pristine forests and Arkhangelsk oblast is the leader by the destruction of such forests in Russia.

In the beginning of this century, when it became clear what a disaster is looming over the Northern taiga, environmental organizations, scientists, the public has begun work to establish a regional landscape reserve in the area between Northern Dvina and Pinega, which would save at least part of the relic taiga from mass deforestation. Regime of the reserve will allow local people to continue traditional land use – hunting, fishing, gathering mushrooms and berries, but clear cutting shall be prohibited. Was organized several scientific expeditions to survey the area, began difficult negotiations with the timber companies and authorities. The creation of the reserve repeatedly postponed, and its area decreased against its creation, waged an information war. In 2013 the project of the reserve with an area of almost 500 thousand hectares have received approval of the state expertise. In 2017, the Governor of the Arkhangelsk region has confirmed that the sanctuary to be. In 2018, an agreement was reached with the tenants on the boundaries of the reserve and its area, according to this document, it will be 300 thousand hectares. The tenants tried to push the reserve away from areas of their interests, so the configuration of its boundaries turned out far from ideal. According to the plan approved by the Ministry of natural resources and forestry of Arkhangelsk region, a reserve should be established in early 2019, but the instrument of his creation is not so far. It’s unsettling…

Arkhangelsk branch of WWF Russia, learn about the project by photographing the pristine forests of Russia, invited me to the next expedition to survey the territory of the future reserve. Began the expedition in Pinega village Kushala, which is approximately three hundred kilometers from Arkhangelsk, then a hundred miles we were traveling by car on new logging roads among the endless felling to the middle reaches of the river lark. It is on these one hundred kilometers were filmed footage of the destruction of the Arkhangelsk taiga.

Vast expanses of the wild untouched nature on our eyes turn into a myth. A heartless system based on lucre, takes away a sustainable future for local residents; selects a house, a habitat for our wild neighbors on the planet, impoverishes biologicheskoe diversity. We are surprised and climatic disasters of recent years.

Northern coniferous forests are of great importance to climate stabilization, it is a kind of “coat of the earth”, restraining the flow of inland cold Arctic air masses, retain and redistribute moisture. This is an important argument in favor of preserving at least some intact and pristine forest areas, including the creation of the Dvina-Pinega landscape reserve…”