Was forbidden to do to people in the Soviet Union 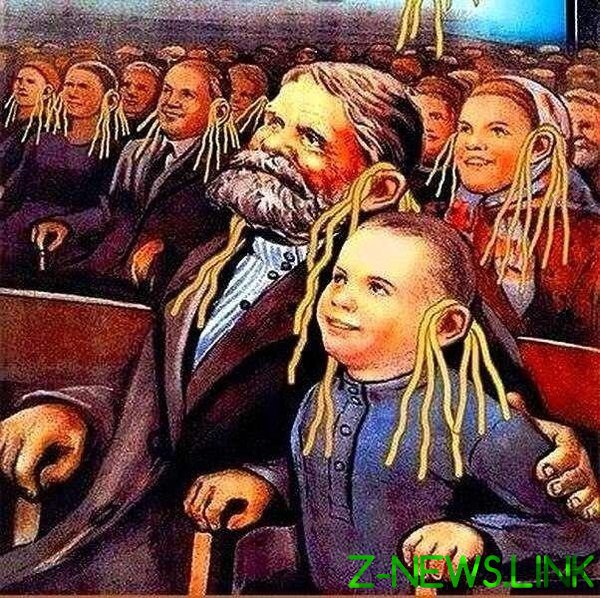 So, friends — today will be a post on a topic that has zapisalas people in the USSR. On all sorts of “My world Mail.ru” and “Schoolmates” divorced a whole galaxy of groups and communities who post each other’s pictures with captions like “press’ like ‘if you remember what the Soviet Union was a delicious ice cream and want back in the USSR”. That the only competitor of “delicious ice cream” was the icicles, the authors of these pictures somehow silent, how not to say and the truth about what really was life in the Soviet Union.

By the way, I can easily assume that many Soviet citizens, life in the Union really seemed easy and at ease — especially those who have never traveled abroad (the figure was 98%), did not read the books or listened to foreign radio. Having no reference point and points for comparison, you can really decide that we live in the most free and happy country. In fact, life in the USSR was full of prohibitions and the words “IMPOSSIBLE”, were forbidden even those things that are normal and natural human right.

So in today’s post we will talk about those things that were forbidden in the Soviet Union, and you will see what a prison of Nations actually was in this country. In General, come under the cat, there interesting. Well, friends to add do not forget)

1. It was impossible to criticize the government. 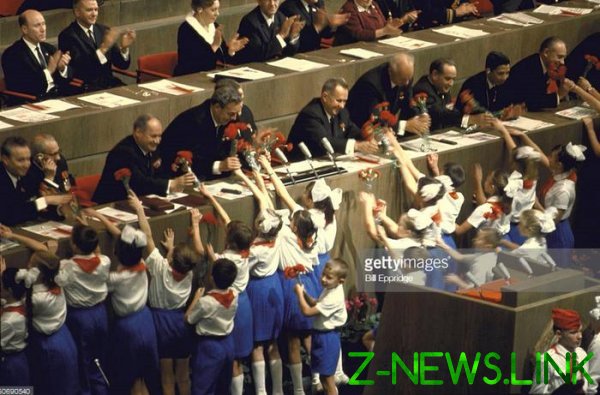 It sounds strange, but some fans of the USSR seriously saying that after the October revolution of 1917, the country was supposedly more freedom. Actually that’s not true — I’m not idealize the tsarist Russia, but after 1905, there a large number of published opposition Newspapers, there were many parties, the government was criticized and ridiculed in cartoons, and none of this is not planted.

After came to power, the Bolsheviks — any criticism of the authorities was banned, if you had made a significant step backwards in terms of civil liberties. There was even a real criminal article for “anti-Soviet agitation” — to which you could sew, for example, the denunciation of a neighbor in the communal kitchen “said that in our country, shortages of oil, apparently hidden anti-Soviet!” In General, there is no legitimate criticism of the authorities in the USSR was impossible, the critics simply planted.

2. It was impossible to go abroad. 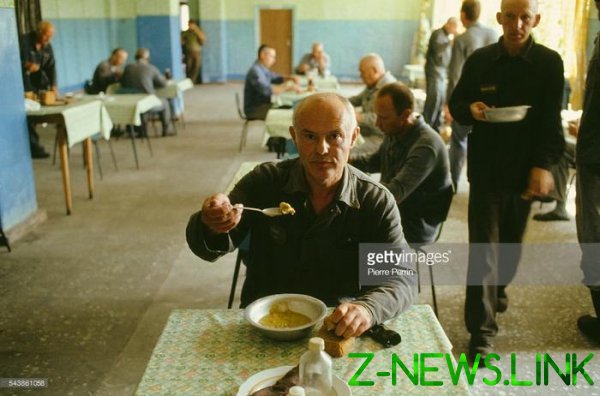 Many do not know, but without permission from the authorities and “the existence of the grounds” no one from the country of universal happiness you would not be released. Just on their own to travel and see the world the Soviet people had no rights — will necessarily have “base” in the form of any trip to the Symposium, a scientific conference or, at the very least, tours of the Komsomol.

For foreign travel to symposiums fought employees in all sorts of research Institute, and tours were also scarce and rare thing, get not for everyone. Even before the trip had to go through a very humiliating procedure “audits” on numerous lines, the state decided whether it is finally to release his serf abroad.

It is easy to guess that the border of the Soviet Union left a negligible number of people, mainly from among the urban intelligentsia. The remaining 98% of the population was content with tales about the “decadent West”, which is about to embark on the path of revolutionary communism. Well, to escape from the USSR was illegal.

3. It was impossible to move freely within the USSR. 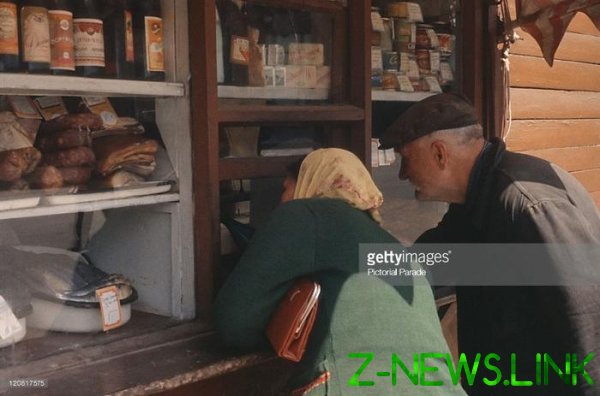 Yeah, didn’t you know? There is no “free movement” inside the USSR did not exist. That is, of course, Hiking in the mountains with a backpack you could go, but to move on their own to Moscow, Minsk or Kiev — could not. For this was invented the institution of “propiska” — which, in fact, forbade free solution without any voting securities <s>the landlord</s> work, directions and other things.

Again, in the Soviet Union you couldn’t just move wherever you wish. And Soviet peasants did not have passports from 1935 to 1974 — 50 million people were not allowed to leave his village for more than 30 days, and for such a departure we had to take permission of the village. What is this if not slavery and not serfdom?

4. It was impossible to do business. 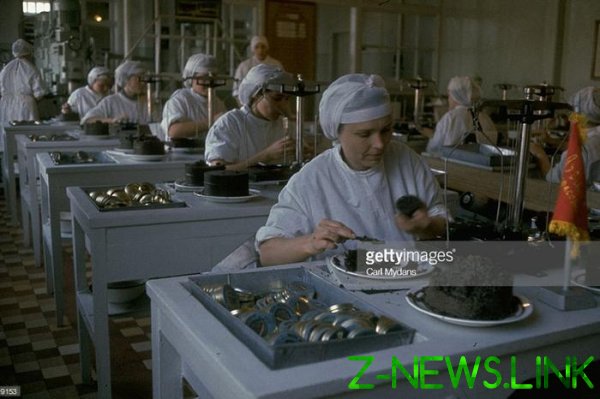 No private employment in the USSR did not exist — entrepreneurs were declared “parasites and speculators” and outlawed. In fact, the Soviet people could not exercise their inalienable right to self-employment — in the best traditions of serfdom, the state itself decides who and who will work and how much money to.

A separate battle was fought by “speculators” — those who knew where to buy cheaper and sell more. While the state itself did the same — bought overseas goods and resell them in the domestic market with profit, but “ordinary Soviet serf” to do the same was prohibited. So, already want to go back to the USSR?

5. It was impossible to keep the currency. 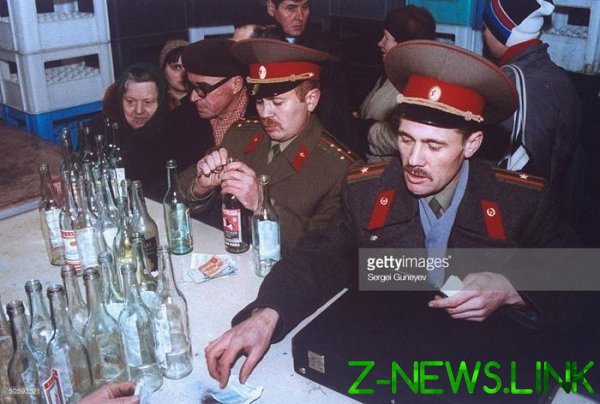 Of course, the state itself, the Soviet Union was currency reserves over currency in the West were sold to various Soviet supplies (mostly raw materials), and then for the same currency, the West bought all sorts of useful stuff, but the simple Soviet citizens to keep the currency it was impossible for it was a criminal article.

Citizen having foreign exchange reserves, may feel like a free man, who may at any time to go abroad, but the Soviet Union was not want free citizens, and free circulation of currency was completely banned. In the late Soviet Union “the strong currency” called alcohol, bottles of which were calculated to work with doctors, plumbers, etc.

6. It was impossible to buy property. 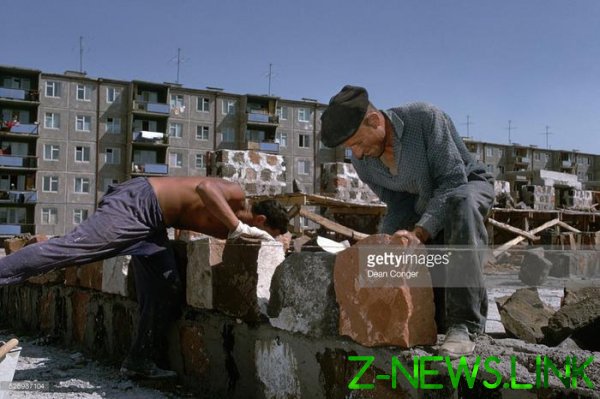 Soviet citizens were deprived of the inalienable right to private property — in that case, when it was about something more serious than a rusty colander, tattered socks and a binder magazines “Science and life” for the years 1983-86, for example, about the apartment. Free real estate market in the USSR did not exist — that is, not just to come and buy you an apartment or sell your own, acquired back-breaking labor.

However, here are some options — for example, in the late USSR it was possible to sell cooperative apartments, but only members of the cooperative, plus were also “indirect sales” — for example, when people agree about some tricky exchanges, travel/relocation, whereby one of the parties was an unspoken compensation. But it was speaking in Belarusian, “PA-for miam the law”, such transactions were not widespread, was not protected and nothing is guaranteed.

7. It was impossible to read what you want. 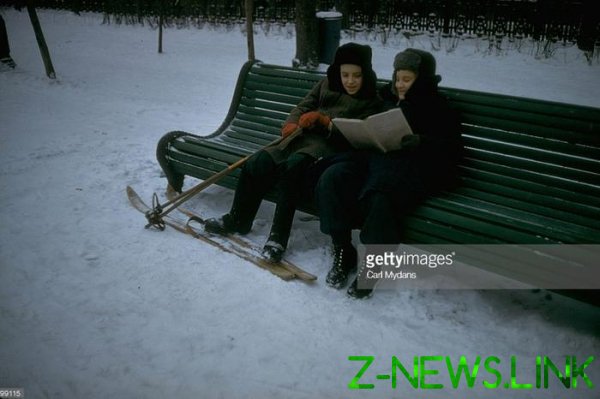 One of the primary Soviet myths is that the Soviet Union was supposedly “the most reading country”. This myth was born from the calculation of the total amount sold to the population of paper — it was really considerable because the printing of books was a state monopoly, and the government was trying to sell to population of tons of garbage in the beautiful covers. Most buy these books just for the interior — to have something to put on the shelf.

That were published in the USSR? I studied it here in this post, there is just again briefly — all the boring “classics” of the nineteenth century (mainly with the “criticism of the tsarist”), Soviet writers like Gaidar or Lev Kassil books-memoirs like “the little land” Brezhnev, a bit of tales of the peoples of the world and scientific literature, like “Directory of driver gas cars”. That’s all.

From the world of classics of the XX century, from thinkers like Kafka, Orwell and Bertrand Russell, Soviet readers were completely cut off. Was banned and good Russian writers — until the end of the fifties was completely banned Bulgakov, until the eighties banned Solzhenitsyn and Pasternak. All this has left a huge intellectual gap in the lives of entire generations that is felt even today.

8. It was impossible to obtain a free education. 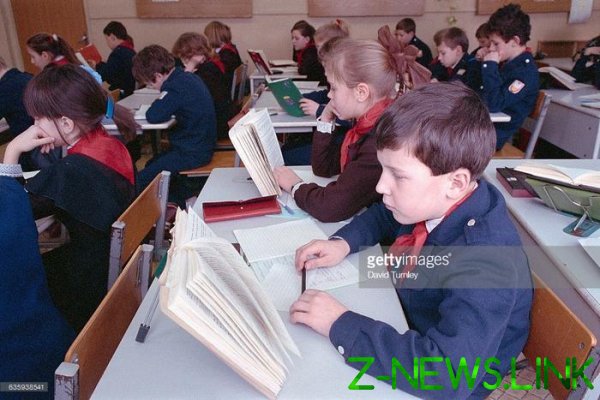 I think this will be one of the most unexpected points for fans of the Soviet Union — because they often tell stories about “free apartments” and “free education” in the Union. In fact, no free education (as, in General, and free apartments) in the USSR did not exist — since 1940, the toll was education in high schools and Universities — training in the capital’s schools cost 200 rubles a year in provincial — 150 for higher education paid 2 times more expensive.

This direct payment of tuition to Universities was abolished under Khrushchev, but here was the catch, after graduation, the student must necessarily to work for 2 years in distribution — in fact, more than fulfilling the cost of education, to refuse it was impossible. So what is “free education”? It’s like if I told you — “let me free you taught to use a computer, and you tell me it will be a year to clean the apartment.”