Home / WORLD / Was Biden’s Taiwan defense comment a gaffe, an attempt to look strong, or the quiet part said out loud?

Was Biden’s Taiwan defense comment a gaffe, an attempt to look strong, or the quiet part said out loud? 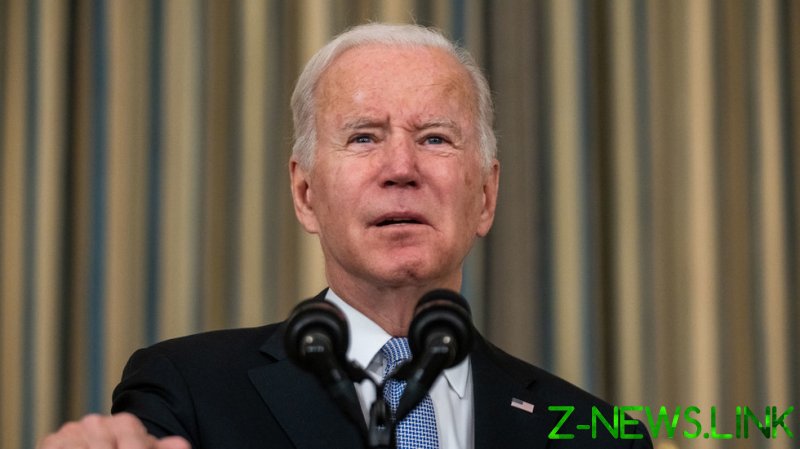 All geopolitical considerations are being thrown out the window as US President Joe Biden’s gaffes and off-the-cuff comments at press conferences threaten to imperil geopolitical stability.

Speaking at a press conference in Tokyo on Monday, Biden’s failure to keep his words in check prompted outrage from China. While fielding questions from the press gallery, he was asked if he would involve the US military in a potential conflict with China in the event of a Chinese invasion of Taiwan.

“Yes,” Biden said, “That’s the commitment we made.”

His remarks fly in the face of America’s longstanding policy of ‘strategic ambiguity’ on Taiwan, which has allowed the US relationship with China to remain neutral, without any requirement for to come to Taiwan’s aid against China – militarily, at least. 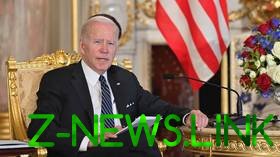 The policy only provides Taiwan with a modicum of resources to defend itself, and was put in place through the 1979 Taiwan Relations Act to prevent any change in status of the island by China.

Officially, the US does not recognize Taiwan’s bid for sovereignty and recognizes the Chinese government in Beijing as Taiwan’s official rulers, per China’s One-China policy.

Even as the American economy faces the risk of stagflation, the US under Biden has shown a willingness to blow fiscal budgets and pass massive spending bills in support of foreign interests. As detailed by the New York Times, the Biden administration has spent $54 billion in its support of Ukraine amid the conflict with Russia.

What was once a rallying cry for liberals against Trump, who warned at every turn that the former president’s careless rhetoric risked starting World War III, has now become an almost-weekly occurrence with the present commander-in-chief.

Biden’s failure to keep his words in check has enraged China, which issued a prompt response, stating its “strong dissatisfaction and resolute opposition” to his remarks, adding that “China has no room for compromise or concessions on issues involving China’s core interests such as sovereignty and territorial integrity.”

In an official statement, Chinese Foreign Ministry spokesman Wang Wenbin warned that the country intends to take “firm action to safeguard its sovereignty and security interests, and we will do what we say.”

When China says it will do what it says, you better believe it. 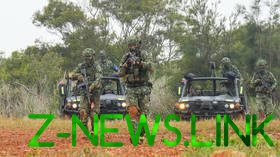 Biden’s remarks risk undoing years of America’s official policy of ‘strategic ambiguity’ for the sake of cheap talking points to appear tough in the face of numerous setbacks against Russia – especially as problems at home go unaddressed.

With the unending supply chain crisis, fallout from pandemic-era restrictions, and several new crises of his administration’s own making, such as the baby formula shortage, the disastrous Afghanistan withdrawal, mass illegal immigration at the southern border, and skyrocketing inflation, Biden has been reluctant to address any of the problems facing everyday Americans, preferring instead to turn his gaze outwards.

In response to Russian President Vladimir Putin’s engagement in Ukraine, the US issued a stern economic response, with Biden, at the time, bragging that “as a result of our unprecedented sanctions, the [Russian] ruble was almost immediately reduced to rubble.”

Contrary to his expectations, the ruble is vastly outperforming every other currency on the market, which is facing a downturn as a result of those very same sanctions – to no one else’s surprise. As detailed by Bloomberg, the ruble extended its gains to become this year’s best-performing currency. On Monday, the ruble surged to a seven-year high against the euro thanks to the Russian government’s counter-measures. So much for turning the ruble into rubble.

Rather than take the loss and admit his policy failures, Biden now postures against China – America’s next biggest rival to Russia. He is trying to make himself look strong at the expense of American taxpayers who end up footing the bill for his foreign endeavors – and he’s doing so by risking American safety, not to mention the stability of the world at large. His posturing isn’t even backed up by the Department of Defense, which stated explicitly there has been no reversal in official US policy towards Taiwan. 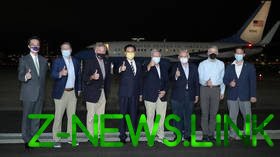 “As the president said our One China policy has not changed,” said Defense Secretary Lloyd Austin, who insisted that there was no shift in policy in response to queries from perplexed reporters.

“He reiterated that policy and our commitment to peace and stability across the Taiwan Strait. He also highlighted our commitment under the Taiwan Relations Act to help provide Taiwan the means to defend itself. So, again, our policy is not changed,” said Austin. Just ignore the fact that Biden said yes when asked if he would deploy American troops to defend Taiwan.

Regardless of any denials from the White House, China must take what the so-called ‘leader of the free world’ says at face value, even as Biden’s staffers try to undo his apparent blunder. It raises the question: Were his words merely posturing or was he saying the quiet part out loud?