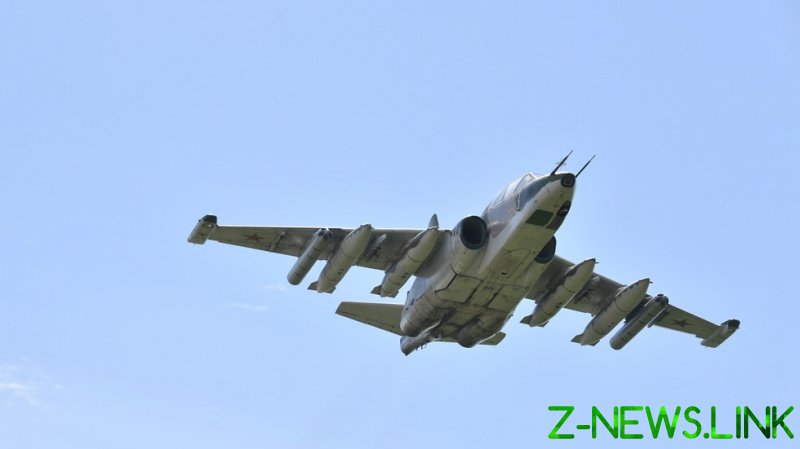 A Sukhoi Su-25 close air support jet crashed in Russia’s Belgorod region on Friday. The military said the pilot ejected and was rescued, after the plane went down due to a technical malfunction.

Local authorities said the plane hit the ground in the Korochansky district, located to the northeast of the regional capital, Belgorod. The aircraft exploded after crashing in a field, emergency services said.

No casualties or damage to buildings or infrastructure have been reported.

The Su-25 is a single-seat jet with over four decades of operational history throughout the world. The subsonic plane is meant for supporting ground troops during combat. The Russian Air Force operates some 200 such planes, including roughly 80 upgraded Su-25SM variants.