Wargaming gives gifts in honor of its 20th anniversary 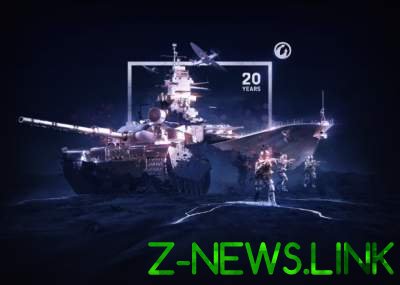 Users of World of Tanks will get special tank camo and emblem.

In August, Wargaming celebrates its 20th anniversary. Throughout this month the company will celebrate the anniversary along with 200-million-strong community of tankers, pilots, captains and commanders. In all projects, Wargaming will host festive events.

In particular, users of World of Tanks will get special tank camo and emblem. Planned missions marathon weekend with a 4-fold increase in the experience of the first victory of the day on each tank (3-6 August), as well as great discounts on many models of armored vehicles.

Pilots of World of Warplanes waiting for a series of five combat missions with improved rewards (including days of premium and experience of the crew), which will be the Soviet premium fighter IV level “Polikarpov I-153 DM-4”. Will also be a weekend with a 5-fold increase in the experience of the first victory in each plane (3-6 August), and discounts will reach 50%.

Captains in World of Warships will mark the 20th anniversary of Wargaming’s third birthday “Ships” at home games in St. Petersburg: August 22, the port will move to the city on the Neva. Known to the fans of the project Dasha Perov will become the marine commander, which can be assigned to the ship of any nation. Each player will receive a stripe with Dasha and another favorite of sailors, Alena, and a set of new signals.

For 20 years, the company has released more than 15 projects on the PC, consoles and mobile platforms, becoming one of the largest gaming companies on the territory of the former Soviet Union.