War with Russia & China would ‘destroy world’ & America must find ways to make peace with its Eastern rivals, top US general warns 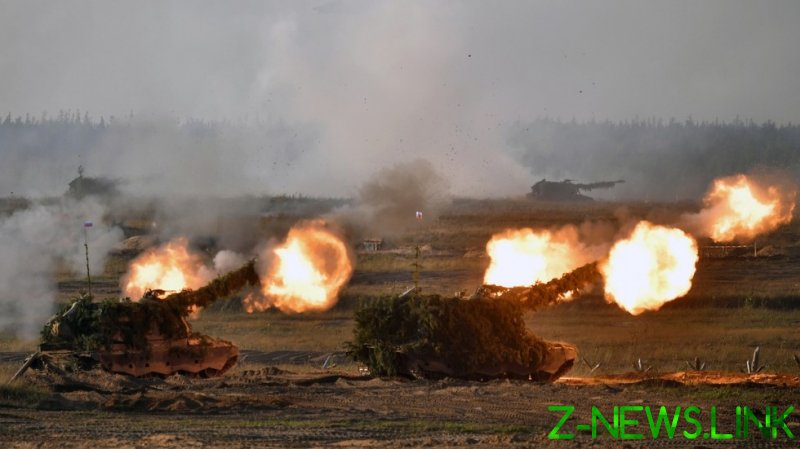 Speaking at a meeting hosted by Washington think-tank The Brookings Institution on Monday, Vice Chairman of the US Joint Chiefs of Staff General John E. Hyten warned of the risks if conflicts spiral out of control, and expressed hope that cooler heads can prevail. “We never fought the Soviet Union,” he said. “As for the great powers, our goal is to never go to war with China and Russia.”

According to Hyten, such an event would “destroy the world and the global economy. It will be bad for everyone, and we have to ensure that we do not go down that path.” However, the general went on, previous deals between Moscow and NATO after the fall of the USSR concluded “Russia was not a threat any more.” At the same time, however, he alleges that the Russians were “modernizing their entire nuclear arsenal.” This, he says, was because “I think they were worried about the US.”

Progress has been made in delivering improved relations between the two countries, Hyten argued, but it was still a long way from total stability.

However, he said that Washington is increasingly worried about the lack of similar steps with China, a country he alleges is undergoing “unprecedented nuclear modernization that is now becoming public… you see hundreds and hundreds of fixed silos.”

“And by the way, there’s no limits on what China can put in those silos,” the top Pentagon official warned. “We’re limited with Russia to 1,550 deployed nuclear warheads, so we have to decide where we want to put those – submarines, ICBMs… that puts a limit on what we have. China, there’s no limit… you have to ask yourself, why are they building that enormous, enormous nuclear capability?”

In December, Russia’s Deputy Foreign Minister Sergey Ryabkov warned that it was Washington, not Moscow, that was increasing the risk of fatal escalations by stationing nuclear weapons on foreign soil in Europe.

Ryabkov said the Kremlin “hopes that the United States will stop ‘sharing’ nuclear weapons with its allies, and stop deploying nuclear weapons in countries that do not possess such weapons… Obviously, this leads to destabilization; in addition, new risks appear.”

At the same time, his comments struck the same note as Hyten’s, saying that “a nuclear war cannot be won… Russia is ready to cooperate in reversing this state of affairs.”