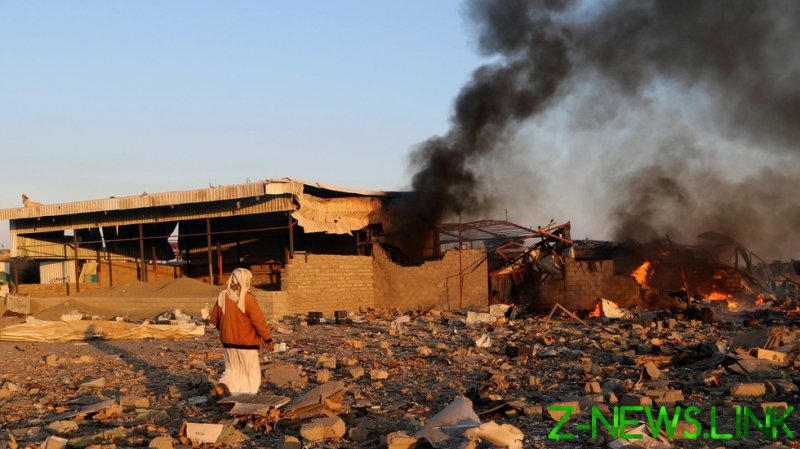 Those weapons were most likely used in the war in Yemen, as Saudi Arabia and the UAE are heavily involved in the conflict there, said the report. It has accused the pension funds of “profiteering.”

One of the 21 companies that received Danish pension fund money is US missile manufacturer Raytheon. The fund that gave the money said it didn’t invest in companies that produce so-called unconventional weapons, such as landmines and cluster munitions. Nevertheless, it assured that it “follows the situation in Yemen very closely.”

“I think many pension customers will be shocked when they discover that their pension savings right now are helping to keep the world’s worst war alive. That is completely unacceptable,” said Kristian Weise, Secretary General of Oxfam IBIS.

He pointed out that the war and the accompanying humanitarian catastrophe in Yemen will only be kept alive as long as the flow of weapons to the warring parties continues. “In Oxfam IBIS’ opinion, these arms deliveries should be stopped immediately. To that extent, the Danish pension funds have an ethical and moral responsibility that they should take on,” Weise added.

Denmark halted all exports of weapons and military equipment to the UAE and Saudi Arabia in 2018. However, “Despite the fact that there is a political desire in Denmark that we should not in any way contribute to keeping the war in Yemen alive, we are still part of it through our pension funds,” said Weise. “It must be stopped because, as it is now, several million Danish pension customers are helping to keep the war in Yemen running, and I think that very few Danes actually want to have their pension remunerated by contributing to war and murder in Yemen,” he added.

Nearly 230,000 people have died since 2015 as a result of the war in Yemen between the Saudi-led coalition and the local Houthi rebel movement. It is estimated that 80 percent of Yemen’s 28 million population requires desperate emergency aid. The United Nations has described the situation as the worst humanitarian crisis in the world.