Home / WORLD / ‘War has ended’ in Afghanistan, Taliban says, despite resistance’s claims that Panjshir Valley is still not lost

‘War has ended’ in Afghanistan, Taliban says, despite resistance’s claims that Panjshir Valley is still not lost 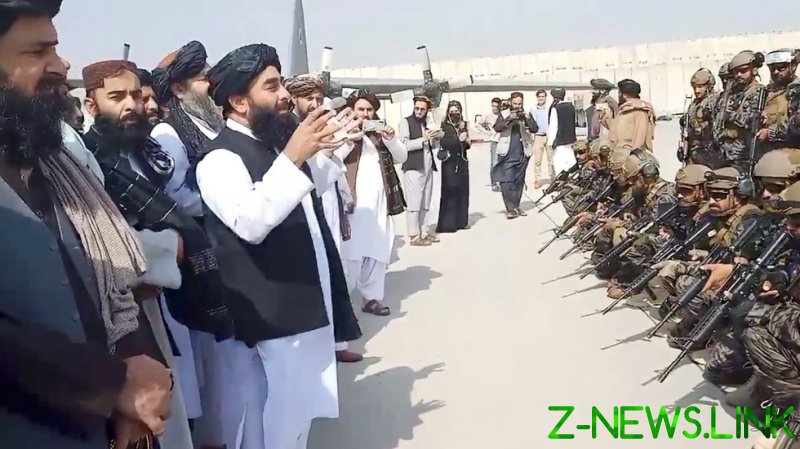 The announcement was made during Mujahid’s press conference, which was held in the Afghan capital of Kabul on Monday.

With the conflict coming to an end, the Taliban was hoping to have “a stable Afghanistan,” the spokesman said, according to local outlet TOLONews. An Islamic and accountable government would be formed to achieve this goal, he added.

As for those who rejected the Taliban’s rule and took up arms, Mujahid said they were “the enemy of the people and the country.” Speaking on foreign policy issues, Mujahid insisted that the Taliban was interested in having “good relations with the world.”

The spokesman’s claim that the war had concluded was made despite the unclear situation in the Panjshir Valley, which remains the last stronghold of the Afghan resistance. The local National Resistance Front in Afghanistan (NRF), under the command of Ahmad Massoud, has been battling the Taliban in the area for the last two weeks.

Earlier on Monday, the Taliban announced that it had taken “full control” of the resource-rich mountainous Panjshir province. But the NRF was quick to reject those claims, saying it had maintained key positions in the area and continued to fight.