Home / WORLD / War and destruction are what REALLY need to be put on lockdown amid this pandemic. But that lesson has YET to be learnt

War and destruction are what REALLY need to be put on lockdown amid this pandemic. But that lesson has YET to be learnt 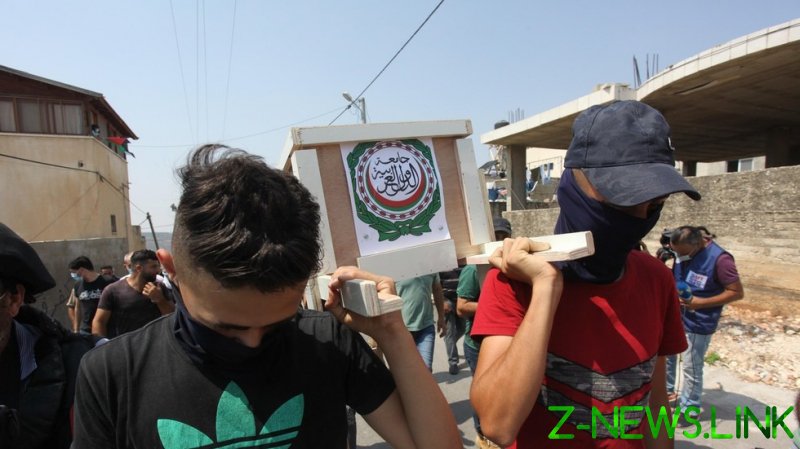 On Monday, Mohammad Shtayyeh condemned the following day’s ceremony at the White House, calling it “a dark day in the history of the Arab nation and of the Arab League.”

Indeed, it is a dark day for the world as it faces one of its greatest challenges in the Covid-19 pandemic.

Earlier this year, the Secretary-General of the United Nations, António Guterres made a quite reasonable pronouncement – the world should end all armed hostilities during the pandemic so that all nations could concentrate singly and collectively upon fighting Covid-19.  As Guterres stated, “The fury of the virus illustrates the folly of war.   . . . That is why today, I am calling for an immediate global ceasefire in all corners of the world.  It is time to put armed conflict on lockdown and focus together on the true fight of our lives.”

Sadly, these words went unheeded, and with disastrous consequences.

Right now, the worst humanitarian crisis in the world by far is in Yemen – a crisis brought about by the US/UK/Saudi war upon that country.  Before Covid-19, Yemen was already reeling from the largest known cholera outbreak in human history, with over two million cases as of March of this year, a huge diphtheria outbreak and mass hunger, all brought about by this war and the accompanying blockade of the country.

Now, the continuing war is aiding the spread of Covid-19 in Yemen. Indeed, at the end of August, “Lise Grande, the U.N.’s head of humanitarian operations in Yemen, estimates that the death toll from the coronavirus pandemic could ‘exceed the combined toll of war, disease, and hunger over the last five years (in Yemen).’ That could be more than 230,000 deaths, according to the University of Denver. Yet periodic Saudi airstrikes continue, killing nine children in three separate attacks in northern Yemen in the first week of August, according to the United Nations.”

This figure, moreover, seems to be a huge underestimate, with relief officials saying for months that millions of Yemenis, including millions of children, could die as the combined result of Covid-19 and other diseases, hunger and lack of water, caused by the conflict and by the failure of the world to provide adequate humanitarian assistance. With the war showing no signs of abating, and the needed relief nowhere on the horizon, the world is looking at an untold human catastrophe.  Incredibly, the Western press, as demonstrated in its lack of coverage of this crisis, has decided to look away.

Meanwhile, in Palestine, a similar catastrophe is brewing. Again, Palestine, and especially Gaza, have been on the verge of collapse for years as the result of the Israelis’ blockade of that country and the decision of President Trump to end all life-saving, humanitarian aid to Palestine.  Indeed, the UN has been predicting for at least five years that Gaza would be “unlivable” by 2020, with others opining that it was unlivable even before.

On September 1, 2020, the medical research group The Lancet issued a report raising the alarm that the continued blockade – which denies Palestinians the basic necessities of life, such as food, medicine and hospital supplies – combined with a conflict that has destroyed Gaza’s water and electric systems, is hampering efforts to battle Covid-19 there. As Lancet notes, the failure of Israel to guarantee these vicissitudes of life violate well-established norms of international humanitarian law. As The Lancet explains, “the Geneva Convention requires the occupying power to take ‘prophylactic and preventive measures necessary to combat the spread of contagious diseases and epidemics’.”

Sadly, Israel, far from meeting its obligations under the Geneva conventions to help Palestine fight the spread of Covid-19, is acting in ways that are aiding in the spread. Thus, in August, Israel bombed Gaza almost daily for a period of nearly two weeks in retaliation for incendiary balloons launched by Hamas against Israel (which caused brush fires but no casualties), and Israel has only tightened the blockade against Gaza. Meanwhile, in the West Bank, Israel has continued its illegal settlement building –  which has been invariably prefaced by the destruction of Palestinian homes and other buildings, as well as productive trees (such as olive trees) and farm animals.

On September 8, the UN Conference on Trade and Development reported that this destruction is only exacerbating Palestine’s economic problems and consequently its ability to fight Covid. What’s more, Israeli forces even went so far as to destroy a Covid-19 clinic in the heart of the West Bank’s coronavirus epicenter.

Again, the world community is largely silent about this catastrophe. Indeed, the recent agreements by the UAE and Bahrain to recognize and trade with Israel – brokered by President Trump who, quite incredibly, has been nominated now twice for the Nobel Peace Prize for his diplomacy – seem to ratify this continued destruction of Palestine and the Palestinian people at a time when the world might be expected to come together to fight our common enemy, the deadly virus.

Furthermore, it is not only those abroad who are suffering, in the time of Covid, from these conflicts. Thus, while the US is being ravaged worse than any country in the world by Covid-19, and while its western states of California, Oregon and Washington are currently being levelled by massive forest fires, it continues to send much needed personnel, supplies and treasure abroad to wage wars of choice with purposes which seem to elude us. This was most starkly demonstrated last week when it was reported that six of Oregon’s firefighting helicopters have been unavailable as the state is fighting the largest wildfires in its history because they had been deployed in Afghanistan. The fact that the war has gone on aimlessly in Afghanistan for nearly 20 years, with leaked documents revealed by the Washington Post last December demonstrating that those leading this war effort do not even know why we are there, underscores the insanity of such a policy decision.

The current pandemic should be teaching us the need to abandon war and destruction in favor of cooperation and creation. Sadly, this lesson has yet to be learned . . .