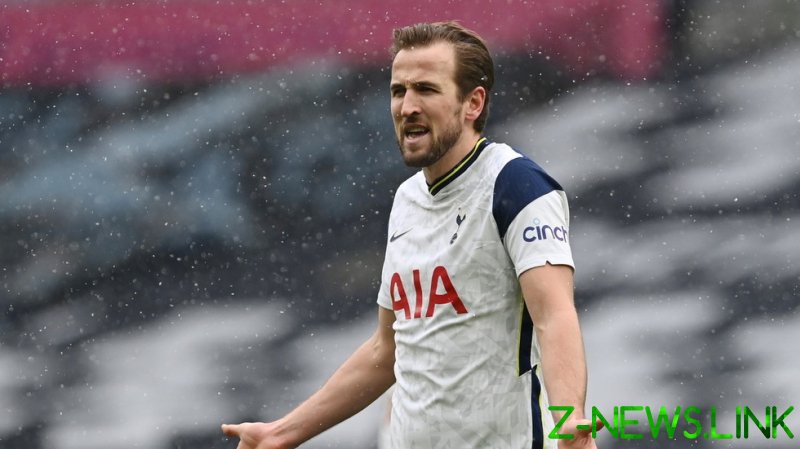 Ironically, the England skipper appears to be forcing a move to the Etihad giants after making his desire to leave Spurs clear to chairman Daniel Levy in May.

City are on the verge of announcing Jack Grealish’s £100 million ($139 million) signing, but are also rumored to be interested in paying anything up to double that for his Three Lions teammate Kane.

Ever since his no-show on Monday, the British press has been following Kane’s every move with the Daily Mail reporting that he had stopped off in Florida on the way back from a well-earned family vacation in the Bahamas.

His club were understandably left frustrated by the snub at the turn of the week, but that same outlet have provided an update in that rather than returning to London post-haste, they are still waiting for him to confirm his comeback on Wednesday evening as Kane is “understood to have remained in Florida”.

In normal times, Kane staying an extra day in the Sunshine State wouldn’t have been the end of the world, as the Premier League doesn’t kick off until the weekend of August 14-15; though it would have been ideal for him to feature against bitter rivals Chelsea today and Arsenal on Sunday in preseason friendlies.

With Covid restrictions still in effect, however, he must take a test at Spurs’ Enfield HQ this weekend and then complete isolation for up to 10 days before being able to train with his teammates.

On Day Five, though, Kane reportedly plans to take a “test to release” procedure which would end his quarantine should he produce a negative result.

Tied to a six-year contract that was signed in 2018 and runs until 2024, Kane has a job on his hands to leave North London in search of silverware.

Believing he has a gentleman’s agreement with Levy, this has thus far not been honored, which has forced Kane to resort to such tactics in a bid to perhaps tire Spurs into letting him go.