Home / WORLD / Want Iran back to its nuclear deal commitments? Lift all the sanctions, Ayatollah Khamenei tells US

Want Iran back to its nuclear deal commitments? Lift all the sanctions, Ayatollah Khamenei tells US 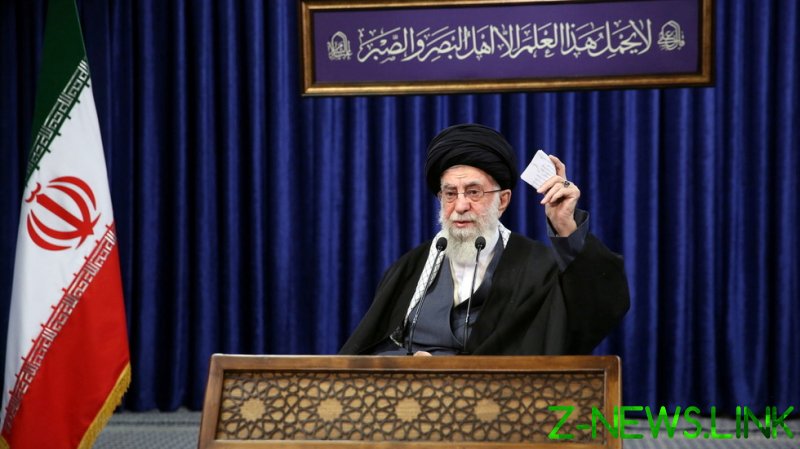 Khamenei tweeted on Sunday that despite Iran previously fulfilling its own obligations as part of the agreement, the US and Europe violated their promises.

“Iran has fulfilled all its obligations under the 2015 nuclear deal, not the United States and the three European countries… If they want Iran to return to its commitments, the United States must lift all sanctions first,” he said.

As part of the 2015 nuclear deal, Iran agreed to reduce its nuclear facilities and limit its uranium enrichment stockpile, while the other parties agreed to lift certain economic sanctions against Iran. Former US President Donald Trump, however, pulled his country out of the deal in 2018 and implemented more sanctions – an act which the EU deemed illegal – prompting Iran to drop its own commitments and continue with its nuclear efforts.

The US has continuously sanctioned Iran for decades, with Trump seemingly ramping up the sanctions under his administration as a dig at former President Barack Obama, who agreed to the nuclear deal which Trump opposed.

In November, Iran expressed hope that sanctions could be lifted under newly-elected President Joe Biden’s administration, though this has yet to be seen.

“Our aim is to lift the pressure of sanctions from the shoulders of our people,” Iranian President Hassan Rouhani said. “Wherever this favorable opportunity arises we will act on our responsibilities. No one should miss any opportunity.”

However, last month Iran criticized the current US president and his Secretary of State Antony Blinken for refusing to lift the sanctions, comparing the Biden administration to Trump’s antagonistic White House.

Blinken demanded that Iran move “back into full compliance” with the 2015 nuclear deal before it would consider the removal of any sanctions, though it added that “we are a long ways from that point.”