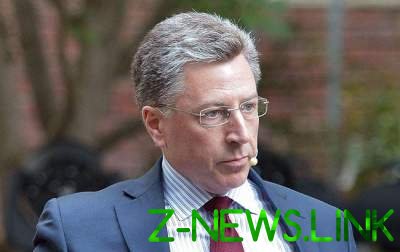 The US special envoy called variants of the further actions of Russia in Eastern Ukraine.

Russia has two options in the Donbass, said the special representative of the US state Department in Ukraine Kurt Volker.

“If they want to create a frozen conflict in Abkhazia, South Ossetia or Transnistria, then it will be expensive. However, if they want, they will do it, despite the large spending,” said Walker.

In addition, he called an alternative.

“The alternative is when Russia withdraws its forces and will contribute to the deployment of UN peacekeepers, will bring peace and will make progress in the implementation of the Minsk process. This is the second scenario,” said Walker.

At the same time, he ruled out the possibility of turning the situation in the long-running conflict.

“The international community doesn’t want another Cyprus. Don’t know how many years already has peacekeepers in Cyprus. I don’t think it wants and Ukraine,” added Walker.