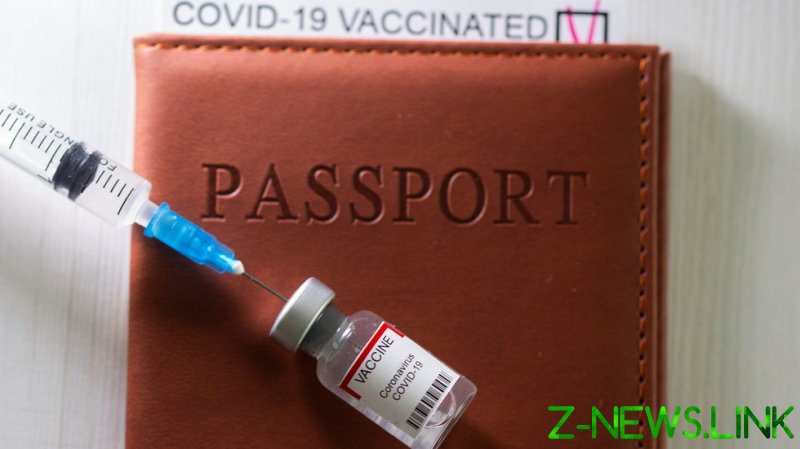 Walgreens, found earlier this week to have left millions of Covid-19 test recipients’ personal information freely available to all comers in an unsecured online database, is hardly the first or the worst to leave ultra-valuable private customer information sitting on a publicly-accessible server. But the level of sloppiness and the gravity of the issue should trouble those blithe technocrats who believe technological innovation is all we need to ‘level up’ as a species.

IT consultant Alejandro Ruiz reportedly first called the drugstore chain’s attention to the vulnerability in March, only to be ignored for several months despite repeated efforts to establish contact. If this is how one of the country’s largest drugstore chains treats such sensitive health data as Covid-19 testing results – potentially a matter of life and death – one shudders to think of how carelessly they might handle the rest of customers’ personal information.

Whether it’s passing through the pandemic with flying colors or solving deeper issues of socioeconomic inequality, merely unleashing technology and hoping for the best has never ended well. So why do we keep doing it – or more accurately, sitting idly by while our leaders insist this time it will all come out fine?

Behind the goal to maximize testing for Covid-19 are the same globalist-evangelists who’ve been stumping for health passports since before the virus was a glimmer in a lab technician’s eye, determined to bring humanity to the next level on the back of fabulous new technologies. But never in their most imaginative simulations is there any room for failure, for software crashes or simple programmer ineptitude of the sort on display in the Walgreens case.

Now that vaccine passports are angling to replace Covid-19 tests as the must-have digital accessory of the moment, cybersecurity should be an even more critical issue. Instead, anyone who hints at misgivings about overlaying a new level of biometric surveillance on an already-shaky system is denounced as an anti-vaxxer by the self-appointed Inquisitors of the media establishment.

But why are these thought-leaders so willing to give up our freedoms to a faceless, computerized system, when such systems are only as secure as their least competent programmer? Do they simply forget that technology is not yet self-aware?

Even governors like Florida’s Ron DeSantis, whose ban on vaccine passports was predictably savaged as somehow anti-science, have been quite forthcoming with the source of their misgivings. He cited the “huge privacy implications” in mandating such technology to conduct business or cross borders as the chief reason for banning such passports in his state back in March, and the only real shock about such a statement is that so few other leaders seem to understand it.

Identity theft is already a traumatizing experience that can drain one’s finances, ruin one’s credit, and ultimately wreck one’s life – and that’s before adding health credentials and biometric IDs into the mix. When an identity thief is armed with your fingerprints and your Covid-19 vaccine status, leaving you stranded on the wrong side of whatever border you’re trying to cross, the promise of technology seems a lot darker than the carefree future promised us by the World Economic Forum – in which we will own nothing (including, it seems, our own DNA) and be happy.

Because insecurity is being built into these passports and the systems that power them from every angle. It was recently revealed that Israeli spyware company NSO Group’s Pegasus had exploited a vulnerability in every Apple device, further stripping any illusion of security from a company that had always prided itself on protecting the privacy of its users. WhatsApp, the encrypted messaging app now owned by Facebook that shot to popularity due to its ease of use and apparent security, was recently reported to be a law enforcement honeypot, hiring contractors to read those ‘encrypted’ messages and pass them on to prosecutors. Signal, another popular encrypted messaging app, was developed with millions of dollars in funding from the US government. Encrypted email provider ProtonMail recently helped bust one of its users by providing information to the French government, one of thousands of such requests it apparently fields on a yearly basis.

Corporations that bill themselves as protecting privacy seem to be uniformly engaged in doing just the opposite. Why do we insist on putting our faith in their threadbare slogans, promising ourselves that this time it will be different? If we are street-smart enough to distrust our fellow man when he makes outlandish promises of riches without effort, why are we not clever enough to distrust that same man when he’s sitting behind a computer?

When Walgreens pooh-poohs the alarm bells rung by multiple cybersecurity experts, insisting customers’ privacy is its “top priority” while refusing to address the very real issue of users’ data flapping in the breeze, it’s thus far from alone in deploying that rhetorical shield. But the more information we turn over to such unaccountable corporations, the more devastating each subsequent ‘breach’ will become. With the fall of hundreds of thousands of small businesses under Covid-19 economic shutdowns, the issue of unaccountable ‘too big to jail’ megacorporations has only become more urgent. As these giant companies merge their databases, there is a risk of security flaws multiplying until hackers are literally able to wear our identities like skin suits as they walk down the streets, spoofing our faces to facial recognition cameras, our fingerprints to unlock our phones, and our very blood to cross national borders.

Crossing our fingers and hoping for the best isn’t going to cut it anymore. We must approach technological solutions with the same suspicion we would level at any carnival huckster. Humanity has allowed itself to be dazzled by technologies it doesn’t understand for far too long, and we’re nearing the point of no return.