‘Wake-up call’ for EU: Berlin voices support for France in AUKUS submarine row with US & Australia 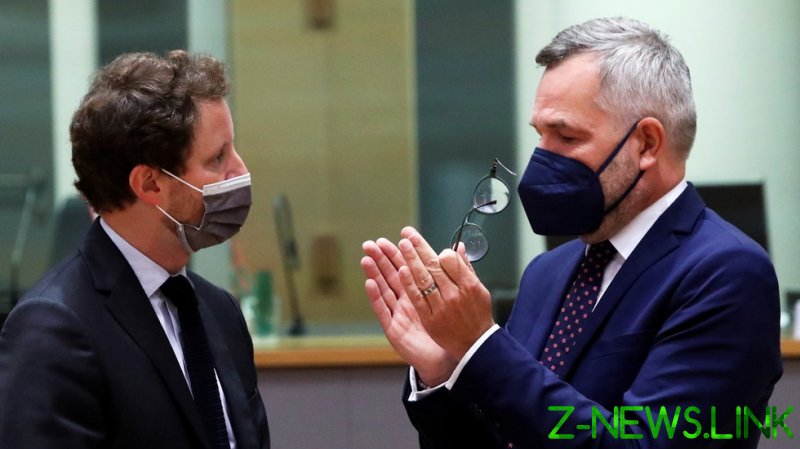 “We cannot exclusively rely on others but must cooperate, and we have to overcome our differences [within the EU] and speak with one voice,” the minister told reporters in Brussels on Tuesday. He added that “the lost trust has to be rebuilt, and it will obviously not be easy. But we want to make a constructive contribution [to the process].”

Roth was speaking in Brussels ahead of a meeting of general affairs ministers of the 27-strong union. Other European officials expressed similar sentiments ahead of the summit.

French European Affairs Minister Clement Beaune insisted that EU states “cannot act as if nothing happened” and should “look into all options” when formulating a joint response.

Jean-Yves Le Drian, the French foreign minister, called the situation “a crisis of trust” and blasted the “unilateralism, unpredictability, brutality” and lack of respect to partners that the move entailed. Paris believed those qualities to be “part of the past, but it continues,” he said, apparently referring to the treatment that European members of NATO received from the Trump administration.

Earlier on Monday, European Commission President Ursula von der Leyen called the treatment of France “not acceptable” and stressed that there were questions that needed to be answered before Western nations could go back to “business as usual.”

The EU has reportedly postponed preparations for an upcoming EU-US trade and technology council, which is scheduled for September 29, in a gesture of protest. France earlier recalled its ambassadors from the US and Australia, demonstrating the level of its anger about being sidelined.

Australian Prime Minister Scott Morrison on Tuesday disproved expectations that he would meet with French President Emmanuel Macron on the sidelines of the United Nations General Assembly this week. “There is not an opportunity for that at this time. I’m sure that opportunity will come in time,” he told reporters.

Morrison will meet Biden and other European leaders in New York before travelling to Washington for a meeting of the so-called Quad, an informal Pacific security bloc that also includes India, Japan, and the United States.