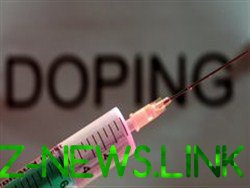 After the first tests, doping tests Moscow lab may be opened more than 100 cases against Russian athletes. This was announced by the head of the world anti-doping Agency (WADA) Craig reedy, RIA “Novosti”.

“Using data and samples, the band in exploration and investigation WADA will give a package of evidence to anti-doping organizations by bringing strong arguments. We hope that this will lead to the discovery of more than a hundred cases in the first wave of checks,” said reedy.

See also:  Super League: the eight teams will start in the playoffs

The Executive Committee of WADA in January received the doping tests of athletes from Russia, taken from 2012 to 2015. Providing access to the database was the main condition for the restoration of RUSADA rights.

To extract the sample period was set until 31 December 2018. However, the data were not transmitted within the deadline because of problems with certification of foreign equipment. Experts 17 Jan completed the work and received all the necessary information for further investigation. It was later announced that the conservation status of RUSADA.