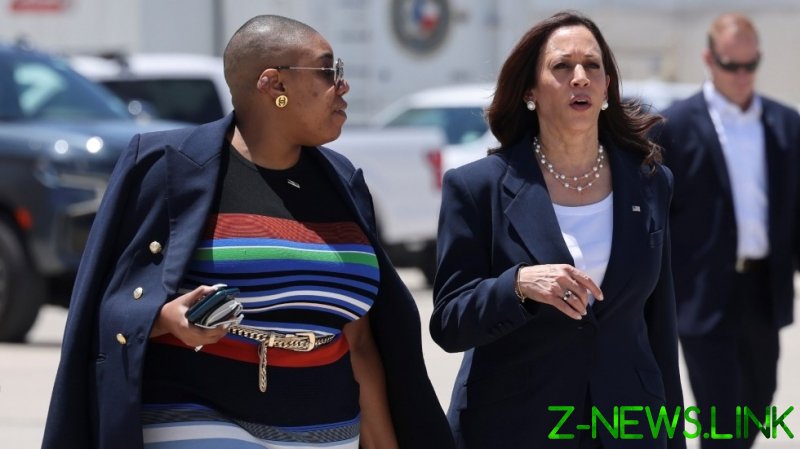 Sanders, who served as Joe Biden’s senior adviser during the successful 2020 election campaign, started working with Harris after the vote, becoming one of the most recognizable faces in the new administration. Prior to that, she used to be national press secretary for the 2016 presidential campaign of her namesake and Democratic candidate, Bernie Sanders.

Over the past year, the 31-year-old African-American political strategist had been helping Harris deal with such tricky tasks as addressing the roots of migration from Central America and pushing through with voting rights reform. However, the vice president has so far achieved little success in those areas.

“VP values Symone and she is beloved… grateful to have her through the end of the year,” an unnamed White House official told Reuters.

Last month, it was also revealed that Harris’ communications director, Ashley Etienne, will retire from her position in the coming weeks. Another well-informed source told Reuters that the two departures were caused by concerns that Harris isn’t being adequately prepared or positioned well to become Biden’s successor at the helm of the Democratic Party.

There were also reports of dysfunction and internal struggle between the Biden and Harris teams in the administration this summer, but a third official told CNN that Sanders’ exit had nothing to do with that. It was just the right time for her to go, the source insisted.

Sanders confirmed her departure in a note to staff late on Wednesday, which had been seen by the media. She wrote that she was “immensely grateful” to Harris and her chief of staff Tina Flournoy for the time they’ve spent together. “Every day, I arrived to the White House complex knowing our work made a tangible difference for Americans,” the strategist pointed out, adding that being part of the administration was an “honor” for her.

Messaging challenges have been Harris’ bane during her time in office. In June, she was grilled by an NBC anchor over why she didn’t visit the US-Mexico border despite overseeing the response to the migrant crisis.

In February, West Virginia Democratic Senator Joe Manchin shared his frustration over the fact that he hadn’t been given a heads up on a TV interview to promote the American Rescue Plan that the VP did in his state. A more recent major in-studio interview with Harris had been cancelled at the last minute after an anchor’s Covid-19 test came back positive.

The blunders apparently prompted the vice president’s office to hire such PR veterans as crisis communication expert Lorraine Voles and former Barack Obama speechwriter Adam Frankel so that they could improve “organizational development, strategic communications and long-term planning,” according to the White House.