Voter ID is racist but this isn’t? Fury over New York City vaccine pass that ACTUALLY discriminates against black Americans 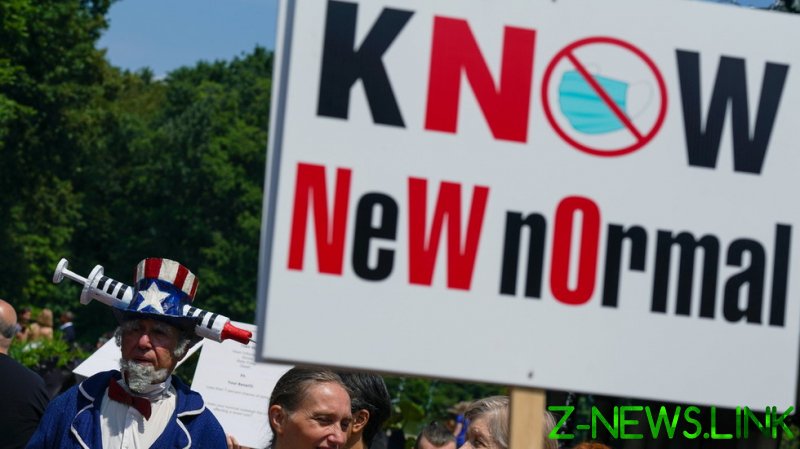 Residents of the most populous US city will be required to show vaccination ID – dubbed ‘Key to NYC Pass’ – in order to eat at restaurants, go to the gym, or enter indoor entertainment venues of any kind, Mayor Bill de Blasio announced on Tuesday.

De Blasio’s vaccination pass is the first such mandate in the US. It comes only a day after Governor Andrew Cuomo called for private businesses to discriminate against the unvaccinated in order to incentivize New Yorkers to get the jab.

While much of the outrage on Tuesday focused on the news of Cuomo’s alleged sexual improprieties with female staff – announced by state Attorney General Letitia James, but without a criminal indictment – more than a few critics have pointed out that the mayor and the governor are backing a mandate more burdensome than requiring an ID to vote – which their fellow Democrats have denounced as racist.

Independent journalist Michael Tracey pointed to the vaccination statistics – showing that only 38% of African Americans in New York City have been immunized against the coronavirus – to state the obvious: the policy would have a racially disparate impact.

Yet the city’s liberals were cheering the policy, he added, despite it violating the only standard they normally seem to be interested in.

Asked about it on Tuesday afternoon, White House Press Secretary Jen Psaki said the objective of the Biden administration was to “close that equity gap” – whatever that actually means – but added that cities and local communities “should be able to take steps to incentivize more people getting vaccinated,” implicitly endorsing de Blasio’s mandate.

This is the same Biden administration that declared Georgia’s election integrity law – which would require showing an ID to vote by mail – “Jim Crow on steroids” and had the Justice Department sue the state on grounds that it was racist.

While some wondered what “mental gymnastics” the Democrats would use to square the discrepancy, Psaki seemed to simply ignore it – and most of the White House press corps seemed likewise incurious. The question was being asked on social media, however.

“Proof of vaccination in order to do any activity, but a photo ID to vote is an unreasonable burden,” tweeted Jonathan Levine of the New York Post.

“So it’s racist to mandate voter ID but not to mandate vaccine ID cards? Sound hypocritical to me,” quipped political commentator Nicholas Sams.

“I’ve lived here my entire life. I’m done. Will be planning my move to [Florida] or [Texas] immediately,” wrote entertainer Mike Harlow, adding, “We get the fascism we allow. We have allowed this.”

Both states, run by Republican governors, have banned mask and vaccine mandates – drawing the ire of both the White House and the corporate media establishment in the process.